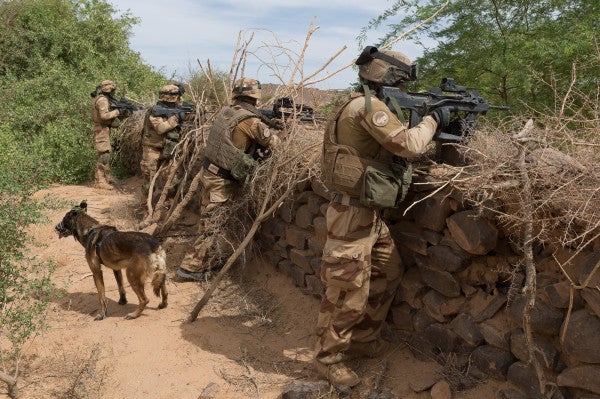 PARIS (Reuters) – France said on Friday its military forces had killed al Qaeda's North Africa chief Abdelmalek Droukdel, a key Islamist fighter that its forces had been hunting for more than seven years, during an operation in Mali.

“On June 3, French army forces, with the support of their local partners, killed the emir of al Qaeda in the Islamic Maghreb, Abdelmalek Droukdel, and several of his closest collaborators, during an operation in northern Mali,” French Armed Forces Minister Florence Parly wrote on Twitter.

The announcement of the death of Droukdel comes almost six months after former colonial power France and regional states combined their military forces under one command structure to focus on fighting Islamic State-linked militants in the border regions of Niger, Mali and Burkina Faso.

Related: Here’s What 23 Of The World’s Most Dangerous Terrorists Look Like Today

Droukdel was among North Africa's most experienced militants. He took part in an Islamist militant takeover of northern Mali before a French military intervention in 2013 drove them back and scattered fighters across the Sahel region.

Droukdel was believed to be hiding in the mountains of northern Algeria. Al Qaeda North Africa was the dominant jihadist force in the region, staging several high-profile deadly attacks until 2013, when it fractured as many militants flocked to the more extremist Islamic State as it seized territory in Iraq, Syria and Libya.

It remained active in North Africa's largely desert and often scarcely governed Sahel region. In Mali, it focussed its activities to the north in Libya and Tunisia. As Islamic State waned, it has sought to lure new talent from among IS veterans.

Parly said that French forces, which number about 5,100 in the region, had also on May 19 captured Mohamed el Mrabat, a fighter she identified as a veteran militant in the region and member of Islamic State in the Greater Sahara.

“Our forces, in cooperation with their local partners… will continue to track these (people) down without respite,” Parly said.

Critics in the region have increasingly scorned Paris for failing to restore stability. Anti-French sentiment has grown as militants have strengthened their foothold, making large swathes of territory ungovernable and stoking ethnic violence.

Parly said earlier this week that about 100 special forces from other European countries would be deployed to the region to support French and regional troops.