Do you know Alan William Allen of Texas? Andrew Wade Mize of Kentucky? William Lavell Turner of Washington, D.C.? How... 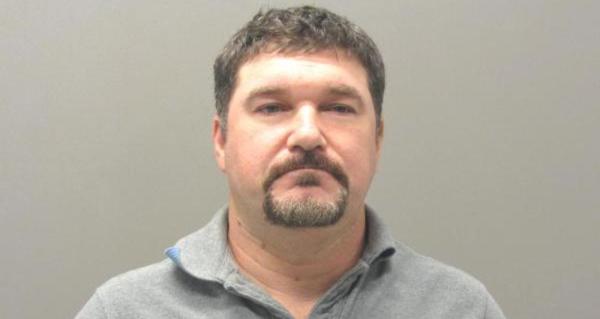 How about Charles Elliott Larsen of Nebraska?

Those are just a few of the aliases federal prosecutors say David Benjamin Webb used to evade law enforcement last year while wanted on a host of charges out of Georgia.

According to court documents, Webb was busted in January in a Suffolk hotel room with 20 government ID cards bearing the names of 15 men.

And to the ire of federal prosecutors, one of the cards identified him as a sergeant in the Army. Another said he was eligible for VA benefits.

Webb, 40, of Georgia, never served in any branch of the U.S. military and is not eligible for benefits, according to court documents.

“Thousands of brave men and women have made countless sacrifices defending our nation,” Special Assistant U.S. Attorney John Butler, a Navy veteran, said in documents filed last week in U.S. District Court. “To assume the noble significance associated with veterans and United States service members as this defendant has, especially in the context of the life he has led, smacks of disrespect.”

Webb, who once eluded police by diving into an alligator-infested swamp, was set to be sentenced today on one count of being a fugitive from justice in possession of a firearm. The hearing, however, was postponed until Sept. 19.

According to court documents and his estranged wife, Webb has been in and out of prison since he was 17. His record consists mostly of drug-related charges, which would lead him to serve multiple sentences.

At the time of his arrest, Webb was awaiting trial on aggravated assault and firearm charges in DeKalb County, Ga., as well as a probation violation involving a burglary conviction in Chatham County, Ga.

While free, Webb found himself running from police on at least three occasions, court documents said.

One time, Webb escaped by “jumping out of the back window of a hotel and hiding in an alligator-infested swamp,” court documents said.

In a March interview, Webb's estranged wife – who separated from him more than a decade ago – said he wasn’t aware alligators were in the swamp until he was already splashing through the water and saw eyeballs looking back at him.

A tipster led U.S. marshals to Webb in January. He was staying at a Hilton Garden Inn in Suffolk.

A search of his room uncovered three firearms, half an ounce of methamphetamine, $7,300 in cash, a digital scale and drug-packaging materials, court documents said. Investigators also located a dozen driver’s licenses and six Social Security cards bearing the names and identifying information of different men, as well as a Department of Veterans Affairs ID card and a U.S. military common access card.

They also found 17 cards listing female identities, including four for the Department of Veterans Affairs.

Some of the male IDs used David Webb's photo. Others showed people who looked similar.

The VA card identified him as Adam R. Brown of Oregon, but the common access card used his real name.

In asking the court for lenience, Sacks noted his client's “nightmarish youth” and lengthy battle with drug addiction. He said he was optimistic Webb was ready to put his lawbreaking ways behind him, though. He pointed out that Webb's mother had recently died and that she had left him a sizable inheritance. He said it was enough money for him “to obtain the profound drug treatment that he so desperately wants and needs.”

Sacks added that Webb had recently reconnected with his wife, Ericka. He said the only time Webb lived drug- and crime-free was when he was with her.

Butler countered that Webb's record showed he should be removed from society.

“The defendant’s criminal history makes abundantly clear that he is a person who willingly, repeatedly and defiantly disrespected the law,” Butler said.