This Furry Poolee Is About To Make History At Parris Island

She's the first, or will be — as soon as she completes “recruit training.” “Opha Mae,” an English bulldog puppy... 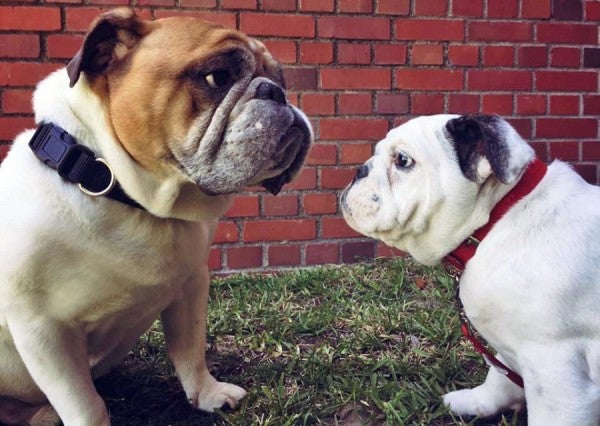 She's the first, or will be — as soon as she completes “recruit training.”

“Opha Mae,” an English bulldog puppy who will soon be Marine Corps Recruit Depot Parris Island's new mascot, will be the first female to occupy the post, according to depot officials.

She is “currently a poolee,” according to depot spokesman Capt. Adam Flores, “and will begin recruit training in the near future,” with her official start date yet to be determined.

She's named in honor of Opha Mae Johnson, who in 1918 enlisted in the Corps and became the first female Marine, according to the Women Marines Association. Johnson was the first of some 300 women who joined the Corps that year to assume clerical duties so other Marines could be sent overseas to fight in World War I.

By war's end, Johnson was the senior enlisted woman, having been promoted to sergeant, according to Marine Corps history.

The puppy, acquired from Dave and Judy Magnus of DJ's Bullies and Beaks, south of Savannah, will be Parris Island's 21st mascot, according to Flores.

She'll take over from “Cpl. Legend,” whose health the Corps says is declining.

“Per the Depot Order,” Flores wrote in an email, “the (depot) veterinarian's assessment of the current mascot is our trigger to start the replacement process.”

Cpl. Legend began serving in the fall of 2011; he has been one of the longest-serving dogs, Flores said. He was preceded by Sgt. Archibald Hummer, who passed away in September of that year.

Parris Island's mascots date back to 1914, according to Flores. The first was an Irish Terrier named “Mike,” for whom a memorial stands near the commanding general's home — it's the oldest monument on base.