Legendary actor and activist for veteran causes Gary Sinise was honored by the Congressional Medal of Honor Society with its Patriot Award on February 5th at the Ronald Reagan Presidential Library in Simi Valley, California 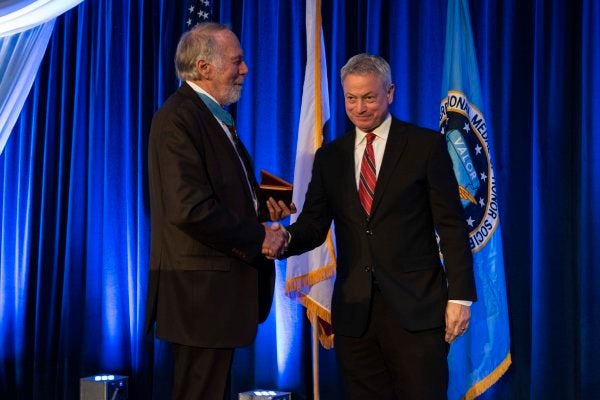 Legendary actor and activist for veteran causes Gary Sinise was honored by the Congressional Medal of Honor Society with its Patriot Award on February 5th at the Ronald Reagan Presidential Library in Simi Valley, California.

The Congressional Medal of Honor Society is a group made up of Medal of Honor recipients. Each year they present the Patriot Award to “those persons, who through their life's work, have distinguished themselves as Americans who are dedicated to freedom and the ideals represented,” according to a Department of Defense release.

The Patriot Award committee also looks to honor individuals who demonstrate of the six values embodied by the Medal of Honor: courage, sacrifice, commitment, integrity, citizenship and patriotism. Most recently that was Sinise.

“I've made such good friends amongst this incredible group of people, and to have them acknowledge me is just a great, great honor,” Sinise said during the ceremony.

If you've stumbled here by accident, let's review why Gary Sinise is such a great candidate for this honor.

Sinise, well respected in the theater and film acting communities, made a connection with active duty and veteran military members when he played the role of Lt. Dan in the 1995 Oscar Best Picture Forrest Gump.

Hundreds of thousands of active duty military men and women, veterans and civilians have been entertained by his music at Lt. Dan Band performances at USO shows and other public events the world over.

He's worked extensively with Disabled American Veterans over the past 35 years and his Gary Sinise Foundation, founded in 2011, has focused on finding ways to provide direct support to individual military members, veteran, first responders and their families.

Gary received the award from fellow actor and military supporter Joe Mantegna. ''As you all may know, not all heroes are made on the battlefield,'' said Mantegna during the presentation. ''All I can tell you is knowing this man for as long as I have, for 40 years, his status as a patriot is only equaled by his status as a husband, as a father and as a friend.”

Gary will next be on screen in the upcoming movie I Still Believe, based on the true story of Christian music star Jeremy Camp, set for release on March 13.

The movie was directed by Andrew and Jon Erwin, themselves grandsons of World War II veteran and Medal of Honor recipient Henry “Red” Erwin. Erwin's MoH story was told in the 1951 movie “The Wild Blue Yonder.”

It's all connected out there when you pay attention.