Retired Air Force General: The US Could Wipe Out North Korea In 15 Minutes Flat 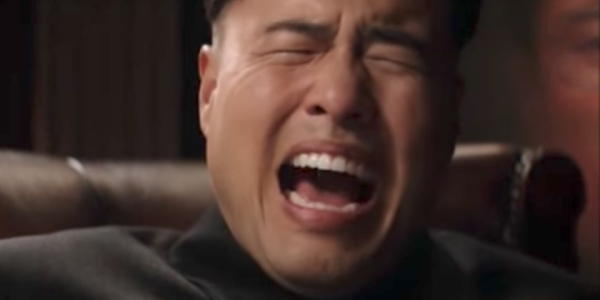 Retired U.S. Air Force Lt. Gen. Tom McInerney told Fox News on Aug. 7 that in the event of a nuclear attack from North Korea on the U.S. or South Korea, Pyongyang would have about 15 minutes to bask in its glory before the U.S. flattened the country.

“If he gets our full nuclear retaliatory capability, within minutes after one round going into Seoul, there will be nothing left,” McInerney told Fox's Liz Claman on “Countdown to the Closing Bell.”

“If you go to airborne alert — we used to call it 'chrome dome' — with nuclear weapons, and then we start building up our other forces, et cetera, he will not last 15 minutes,” McInerney said.

The U.S. Air Force commands ground-based intercontinental ballistic missiles, which are ready to go at any time and nuclear-capable bombers. In the case of North Korea, the closest bombers are in Guam.

The Washington Post reported on Aug. 8 that U.S. intelligence reports on the progress of North Korea's nuclear program had concluded that the country could now miniaturize nuclear bombs and fit them on missiles and estimated it had about 60 nuclear devices.

McInerney proposed a solution to the increasing danger in the Pacific.

“I would form a political area treaty organization, similar to NATO,” he told Claman. “I would have South Korea, Japan, Australia, New Zealand, Philippines, Thailand, and other countries out there form a bulwark, not only against North Korean expansion but at Chinese expansion. I would start moving in more THAAD missiles. I would put our nuclear retaliatory capability on ground alert … I would start increasing our naval and air forces in the region.”