Former president George W. Bush brought his security detail a ton of pizzas, and a call for non-partisanship. But mostly pizza. 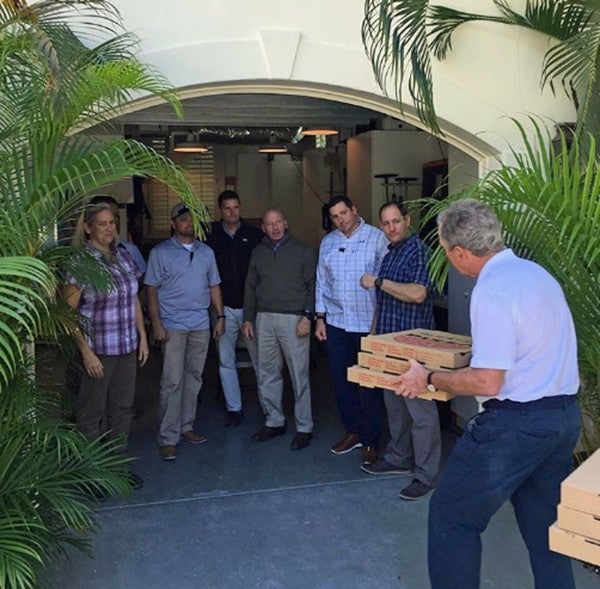 Former President George W. Bush is calling for an end to the partial government shutdown, which is about to hit the one-month mark and is currently the longest shutdown in US history.

In an appeal made on Instagram, the 43rd president called on “leaders on both sides to put politics aside, come together, and end this shutdown.” The caption was posted with an image of him and former First Lady Laura Bush giving pizza to their Secret Service detail.

At the time of Bush's post, the government was in day 28 of a partial shutdown, which impacts around 800,000 federal workers. Secret Service agents are among the roughly 420,000 government employees deemed “essential” during the shutdown, and they are currently working without pay.

“@LauraWBush and I are grateful to our Secret Service personnel and the thousands of Federal employees who are working hard for our country without a paycheck,” the former president posted. “And we thank our fellow citizens who are supporting them.”

Churches, restaurants, credit unions, and corporations are stepping in to help feed and fund government employees, who have now missed a paycheck — and as of Friday night, leaders had not reached a deal.

President Donald Trump, who has said he will not sign a bill to fund the government that doesn't include $5.7 billion for his proposed wall at the US-Mexico border, is making an announcement about the shutdown on Saturday.

Funding for the wall is at the crux of the partial government shutdown, which has left government agencies without funds to function or pay their employees.

In the week prior to the Christmas recess, Trump initially signaled that he would sign a stopgap measure passed unanimously in the Senate that funded the government until February 8, even though it did not include border wall funds. He then turned an about face, saying he would not sign such a bill. There were not enough votes in the Senate to pass border wall funding, so on December 22, a partial government shutdown began.

On January 3, Democrats led by House Speaker Nancy Pelosi took control of the House, and said that Trump would not get funds for his wall. The House has since passed legislation to reopen the government (without wall funds), but the measures have not been voted on in the Republican-led Senate. As the shutdown — which is the longest in modern history — approaches the month-long benchmark, it's unclear how this will end.

But Bush, who never saw a government shutdown during his two terms as president, is hoping that leaders will reach an agreement so federal employees can get back to work and receive their paychecks again.

WATCH NEXT: George Bush Rescued at Sea by the USS FInback — September 2, 1944