Gregg Ramsdell, 61, faces up to six years in prison and a $500,000 fine for stolen valor and making false statements after claiming he suffered from post-traumatic stress disorder after a deployment in Afghanistan that earned him a Purple Heart and Silver Star 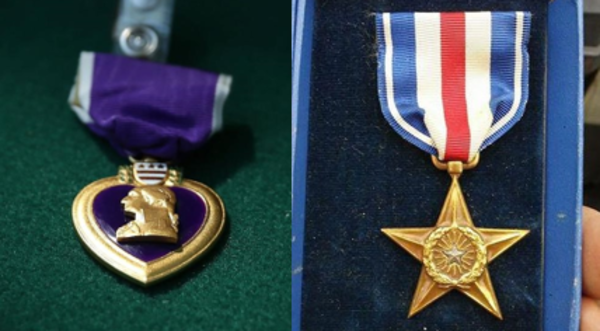 An Army veteran from Columbus claimed he suffered from post-traumatic stress disorder after a deployment in Afghanistan that earned him a Purple Heart and Silver Star.

As a result, he collected $76,000 in benefits for the mental condition.

He admitted Wednesday, however, that all of that was a lie.

He was not deployed to Afghanistan, never suffered PTSD and never received the two honors, which are among the highest bestowed for military service.

Gregg Ramsdell, 61, faces up to six years in prison and a $500,000 fine after pleading guilty to stolen valor and making false statements, the U.S. Attorney's Office for the Middle District of Georgia said in a news release.

After being honorably discharged, he applied for disability payments from the U.S. Department of Veterans Affairs on Sept. 7, 2014, claiming he witnessed horrible atrocities in Afghanistan from October 2008 through March 2009, the release said.

Those atrocities included claims of “women holding babies while detonating themselves,” “IED explosions causing severe bodily injuries and death” and “having blood and body excrements being blown onto (his) uniform,” the release said.

Ramsdell said those experiences — which he had made up — made him “unable to live a normal life,” the release said. He was eventually awarded $76,000.

He served “interrupted periods of enlistment” in the Army, the Army National Guard, the Air National Guard and the Army Reserve from 1981 to 2014, according to the Columbus Ledger-Enquirer.

However, FBI investigators discovered he was not in Afghanistan between 2008 and 2009, the release said. He also later admitted to lying about having PTSD.

Ramsdell was able to attain a “coveted” civilian position at Fort Benning in 2017 due to his resume, which listed that he was both a Silver Star and Purple Heart with Cluster recipient, the release said.

He pleaded not guilty to the crimes in August, when he made his first federal court appearance, according to Columbus-based news station WRBL-TV.

“Faking serious wartime injuries to gain undeserved benefit, and claiming valor where there is none, do a disservice to our brave veterans and service members who selflessly risk their lives protecting this country,” U.S. Attorney Charlie Peeler said in the release.

The Silver Star is the third-highest honor bestowed by the U.S. Army, and the Purple Heart medal is awarded to service members who are wounded or killed in battle. An additional Oak Leaf Cluster is given to Army and Air Force members who were wounded in combat on more than one occasion.

The FBI handled the investigation. Ramsdell's sentencing is scheduled for March 2020.