The change would have prevented soldiers and other service members with more than 16 years of service from transferring their Post-9/11 G.I. Bill benefits to eligible family members 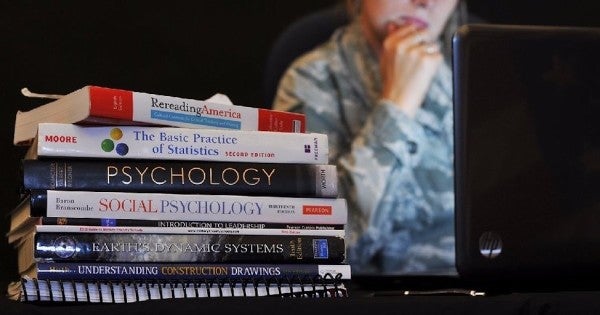 The Pentagon has agreed to hold off on changes to some GI Bill benefits that would have impacted long-serving troops, a congressman's office said.

The Department of Defense will delay the policy change, which was scheduled to go into effect Friday, until Jan. 12, according to a statement released Friday by U.S. Rep. Joe Courtney. The change would have prevented soldiers and other service members with more than 16 years of service from transferring their Post-9/11 G.I. Bill benefits to eligible family members.

Courtney, a Democrat from Connecticut's 2nd District, urged Acting Secretary of Defense Mark Esper in June to delay the policy change, according to the statement.

“This is a welcome decision by the department to slow down implementation of a policy that will unfairly affect some of our most seasoned service members,” Courtney said.

James N. Stewart, the assistant secretary of defense for manpower and reserve affairs, told Courtney about the delay in a letter dated July 3.

Courtney said in the statement that the delay will give Congress time to consider his amendment to the Pentagon budget that would block the changes. The defense authorization bill that was passed by the House Armed Services Committee includes the amendment, according to the statement.

The House is expected to vote on the bill this week, according to a spokesman for Courtney.

A Department of Defense spokeswoman said the department issued a revised policy last year that would limit eligibility for the GI Bill benefits to those with less than 16 years of service. The language in a draft version of the Pentagon budget would prohibit the department from having that policy, said Jessica R. Maxwell, the spokeswoman.