The world is less peaceful than at any point in the past 10 years as the number of refugees worldwide... 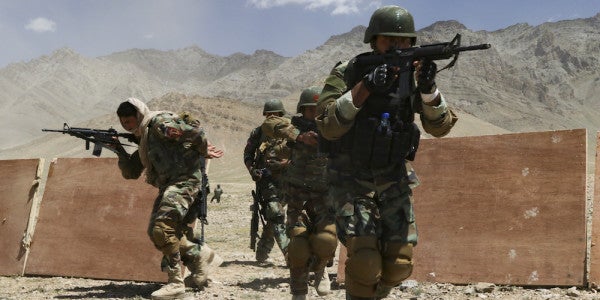 The world is less peaceful than at any point in the past 10 years as the number of refugees worldwide reached the highest level in modern history, according to a new report.

The Institute for Economics and Peace released its 12th annual Global Peace Index on Wednesday, which ranks 163 independent states and territories on their level of peacefulness.

The study looks at three factors to measure the state of peace in a state or territory: safety and security in society, extent of ongoing domestic or international conflict, and the degree of militarization.

The research found the world became 0.27% less peaceful over the course of 2017, which marked the fourth consecutive year global peace declined. Overall, 92 countries became less peaceful while 71 saw improvement over the past year.

Steve Killelea, the founder of the Institute for Economics and Peace, told Bloomberg, “Increased numbers of refugees, terrorism, and heightened political tensions were behind the deterioration.”

“Refugees on their own would make one of the world's biggest nations,” Killelea added.

Refugees now account for about 1% of the global population. There are approximately 65.6 million forcibly displaced people worldwide, including roughly 22.5 million refugees, according the UN's refugee agency.

This year's Global Peace Index also found the US became less peaceful in the last year and ranked 121st overall. Comparatively, it ranked at 114th in 2017 and 103rd in 2016.

The economic cost of the decline in peace across the world was estimated to be roughly $14.8 trillion in 2017, the report found, which is equivalent to 12.4% of the world's economic activity or roughly $2,000 for every person.