How Global, Exactly, Is The Global War on Terror? Check This Map

“This crusade, this war on terrorism is going to take a while,” former President George W. Bush said on the White House... 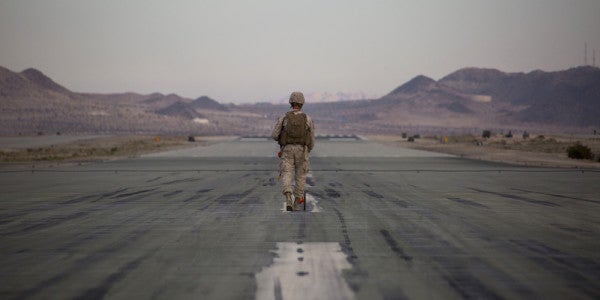 “This crusade, this war on terrorism is going to take a while,” former President George W. Bush said on the White House South Lawn on Sept. 16, 2001. “And the American people must be patient. I'm going to be patient.”

Bush was right that a war on an abstract noun like “terror” would take awhile.

It began in October 2001 with the U.S. invasion of Afghanistan. And although former President Barack Obama officially ended “The Global War on Terror” in 2013, the fight against terrorism continues nearly 17 years later.

In fact, it has spread.

Between October 2015 and October 2017, the U.S. fought terror in 76 countries, or 39% of the total number of countries in the world, according to data recently published by Brown University's Costs of War Project.

The graphic shows where the U.S. military had troops and bases, where it trained other forces in counterterrorism and where it conducted drone and air strikes.

Perhaps the most striking detail, besides the country's well-known heavy involvement in the Middle East, is the American military's presence in Africa.