The Global War on Terror Memorial Foundation has named a former Fort Bragg soldier and Green Beret to serve as... 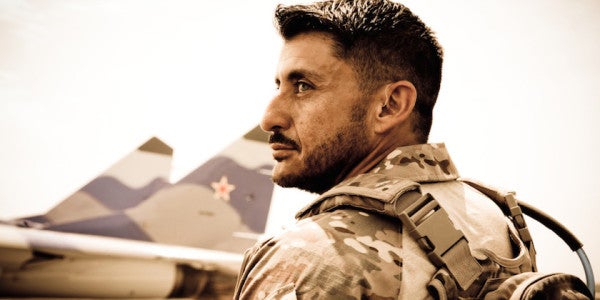 The Global War on Terror Memorial Foundation has named a former Fort Bragg soldier and Green Beret to serve as its director.

Michael “Rod” Rodriguez will guide the nonprofit organization as it seeks to raise money for and organize a new memorial on the National Mall in Washington.

“Following Congress’ approval of the Global War on Terrorism War Memorial Act in August, the foundation now faces an exciting new future as we move toward site selection and the 24-step process for establishing a national memorial in the nation’s capital,” said David Burke, president of the foundation's board of trustees. “Rod has been an active member of our board of trustees for the past 18 months. With his institutional knowledge and extensive background, we are confident that he is ideally positioned to lead the foundation through the vital steps that lie ahead.”

Related: The Global War On Terror Will Finally Get Its Own Monument In DC »

Rodriguez served in the Army for 21 years, including 15 in Special Forces.

He deployed nine times during his career, including to Somalia in 1993 with the 10th Mountain Division and to Afghanistan with the 7th Special Forces Group. He has served at Fort Drum, New York; Fort Bragg and White Sands Missile Range, New Mexico.

In addition to his work with the Global War on Terror Memorial Foundation, Rodriguez also serves on the advisory council for President George W. Bush’s Military Service Initiative and is executive ambassador for the Green Beret Foundation.

Rodriguez has strong ties to Fort Bragg. His wife recently retired from the Army after 21 years, including service with the 18th Airborne Corps and 44th Medical Brigade. And his son recently returned from Afghanistan with the 1st Brigade Combat Team, 82nd Airborne Division.

The Global War on Terror Memorial Foundation said that in the months ahead, Rodriguez will help advocate for land within the National Mall for the memorial.

“Together we have an opportunity to honor all those who have selflessly served in our nation’s longest war and educate all Americans and visitors to this country on the ever-evolving, multi-generational conflict. This honor and privilege is a charge we do not take lightly,” said Rodriguez. “In the view of the foundation, it is imperative that a memorial befitting everyone who served in the longest war of our 242-year history, and all who support them, be conspicuously placed on America’s front yard.”