Google Maps, as part of an effort to produce 3D maps of the world that began in 2012, released impressive three-dimensional renderings of Taipei, New Taipei, Taoyuan and Taichung Wednesday. And that's when the general public began finding things that were supposed to secret 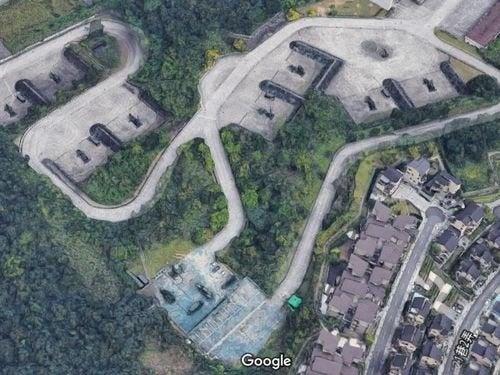 Google released new maps of Taiwan Wednesday, and in the process, exposed some of the island's hidden missile sites, Taiwanese media reported Friday.

Taiwan, a self-ruled democratic territory perceived in Beijing as a renegade province, faces an ever-present threat from the massive Chinese military force situated just across the strait.

China maintains that it will use force to achieve reunification if necessary. Therefore, Taiwan must be strategic and cautious in its handling of its limited yet advanced armed forces.

Google Maps, as part of an effort to produce 3D maps of the world that began in 2012, released impressive three-dimensional renderings of Taipei, New Taipei, Taoyuan and Taichung Wednesday. And that's when the general public began finding things that were supposed to secret.

New city maps from Google offered a clear look at some of the island's defense infrastructure, Taiwan News reported Friday. Visible in the new maps are the National Security Bureau, the Military Intelligence Bureau, and a previously secret Patriot missile base, Taiwan's Central News Agency reported. The missiles and the launchers are easily observable in the maps.

Taiwan to talk with Google over exposed missile positionhttps://t.co/mO6SE19bmj pic.twitter.com/XM1DrzNL7Y

The Ministry of National Defense is currently in talks with Google over the issue. Minister of National Defense Yen De-fa has urged the public to remain calm, insisting that the “location of defense infrastructure in times of peace does not indicate its location during times of war.”

While concerning, the exposure may not be a severe problem for the island. “Actually, the confidential parts are all inside the structures which would be highly difficult to expose through the 3D maps,” a defense official told the South China Morning Post.

Taiwan's military is taking steps to combat observation by commercial satellite technology, a problem for militaries around the world.

Taiwan, in particular, has dealt with issues like this before. The Taiwanese defense ministry had to ask Google in 2016 to blur out a military installation on an island in the South China Sea known as Itu Aba, Reuters reported at the time.

WATCH NEXT: Chinese Propaganda Video Shows US Ships Being Wiped Out