The federal government will look into whether an Orlando condominium association can force a longtime resident to surrender his emotional... 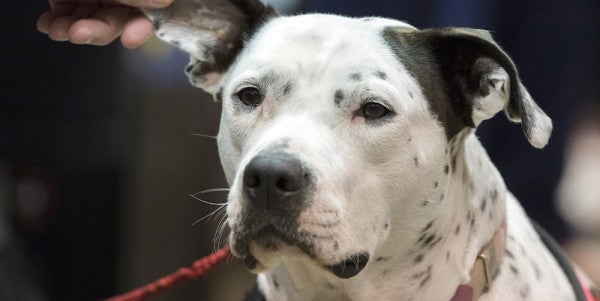 The federal government will look into whether an Orlando condominium association can force a longtime resident to surrender his emotional support dog, which exceeds the community’s weight limit.

Retired veteran Robert Brady filed a complaint with the U.S. Department of Housing and Urban Development after a judicial arbitrator recently determined he had to surrender the dog by Jan. 11.

HUD will consider whether the case violates fair-housing laws by forcing the widower to surrender the animal despite a psychologist’s recommendation he keep the dog. Weight limits at the Conway-area condominium are 35 pounds; Bane weighs about 41 pounds and might be a banned breed.

“The real crux of our concerns are the HUD fair-housing issues and we’re hopeful it takes its course the way we want it to,” said Orlando attorney Jonathan Paul, who represents Brady. They also are likely to pursue the case in Orange County courts and Paul said he is working with a Gainesville law firm specializing in animal-access cases. Brady could not be reached for comment Wednesday.

Peter McGrath, attorney for the Orange Tree Village condominium association, said his office has also gotten calls sympathetic to Brady keeping his dog but the community must enforce rules that were established to keep residents safe.

“If it’s not enforced and something happens, it’s a guarantee that the association will be named as a co-defendant in a case and have to contact the insurance company,” said the attorney, who specializes in association law. “They really don't have a choice.”

McGrath said Brady had a year to complain to HUD and should have pursued legal channels long before now.

Efforts by Brady, 70, to keep the canine drew national attention after the Orlando Sentinel published a story Dec. 23. Dozens of readers from around the country called and emailed the newspaper. Many offered legal aid, alternative housing for Brady and training for the dog. Several groups specializing in training veterans’ dogs to become service dogs also offered assistance. Bane’s breeding hasn’t been documented and he could be a pit-bull mix.

“It’s so sad that just because the dog is a little bit overweight that they’re making it an issue,” said Lauren Driscoll, a Palm Coast program director for the nonprofit Paws of War, which trains dogs for vets. “I don’t know if they’re looking at it because it’s a bully breed. This is the only thing this man has left in the world and it’s not hurting anyone.”

Her nonprofit was among groups offering about a year of free training to Bane. Training is required to certify service dogs so they can respond if, for instance, their master showed signs of emotional distress common among veterans suffering post-traumatic stress disorder.

Bart Sherwood, founder of Texas-based nonprofit Train a Dog, Save a Warrior, also offered free training to Bane via trainer affiliates in the Daytona Beach area. The dogs can be a necessary part of treatment for veterans.

“We’re trying to show the [Veterans Administration] where these dogs cut costs, help bring vets to a balanced state rather than the vet taking drugs,” he said.

New York resident Karen Caito, who said she was a relative of Brady’s, said the situation is particularly unfortunate because Brady lost his wife to a long bout with cancer several years ago.

“I think she would be very upset by this,” she said.