While Governor, Mike Pence Used Private Email For State Business And Then Got Hacked

Vice President Mike Pence regularly used personal email to conduct public business while serving as governor of Indiana, and his... 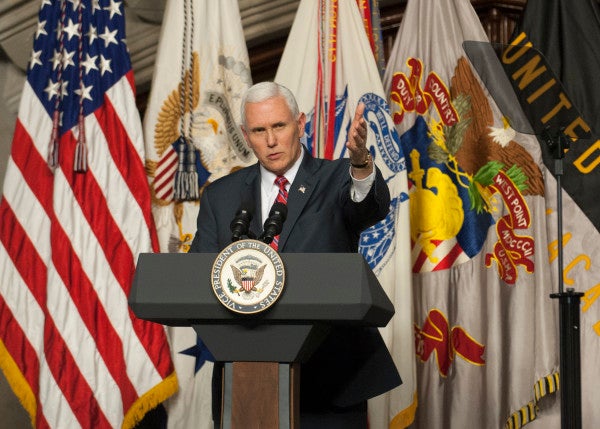 Vice President Mike Pence regularly used personal email to conduct public business while serving as governor of Indiana, and his account was compromised last year by hackers, according to The Indianapolis Star.

Pence communicated with top state advisers through the private AOL account, according to the Star, which cited emails obtained through a public-records request. He used that account to discuss matters ranging from security at his residence to how the state was responding to terror incidents around the world.

The vice president’s office in Washington said in a statement to the newspaper that he used a state email account and personal account like many of his predecessors as Indiana governor. Pence “fully complied with Indiana law regarding email use and retention,” according to the statement.

Twenty-nine pages of emails from Pence’s AOL account were released to the Star by the office of the current governor, Republican Eric Holcomb. The newspaper said that Holcomb’s office declined to release an unspecified number of additional emails because they were considered by the state to be confidential.

During the presidential race, as Donald Trump’s running mate on the Republican ticket, Pence criticized Democratic presidential nominee Hillary Clinton for her use of personal email to do official business while secretary of State. Her email practices emerged as an issue that weighed on her candidacy in the 2016 campaign.

Clinton’s handling of emails should “disqualify her from serving as president,” Pence said in a September interview on NBC’s Meet the Press. “She either knew or should’ve known that she was placing classified information in a way that exposed it to being hacked and being made available in the public domain, even to enemies of this country.”

In a statement to the Star, Pence spokesman Marc Lotter rejected comparisons to Clinton and said the former governor’s communications never touched on federally classified information.

Pence’s personal AOL account was compromised in June by a hacker who sent a bogus email to the governor’s contacts saying that Pence and his wife were stranded in the Philippines and urgently needed money, according to the Star. Pence alerted those who might have received the fake message and opened a new account, the newspaper reported.

Indiana law doesn’t bar public officials from using personal email accounts, according to the Star. However, the law is generally interpreted to mean that official business conducted over private email must be retained for public record purposes.

(Shepard reported from Washington and Sin from Sydney, Australia.)