Lawsuits alleging sexual abuse by a former health care provider at a U.S. Department of Veterans Affairs hospital in Leavenworth,... 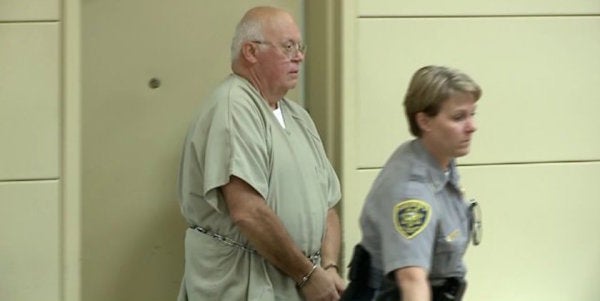 Lawsuits alleging sexual abuse by a former health care provider at a U.S. Department of Veterans Affairs hospital in Leavenworth, Kan., are piling up and an attorney for many of the plaintiffs said the federal government is putting up an unusual fight against the suits given the circumstances.

“They are definitely fighting hard on behalf of the VA,” Dan Curry said.

Curry is one of several attorneys representing dozens of military veterans who are suing the U.S. government and Mark Wisner, a former physician assistant at the Dwight D. Eisenhower VA Medical Center.

Wisner is facing criminal charges of aggravated sexual battery and sexual battery in Leavenworth County District Court, after his April 3 court date was delayed to Aug. 28.

Veterans who say Wisner made inappropriate comments and physical contact during exams continue to come forward and file civil suits. As of Friday, there were 37 federal lawsuits pending against Wisner and the government. Curry said he has enough cases in the works to push the number past 50.

Under the federal tort claims act, all of the plaintiffs had to be denied an administrative settlement by the VA before they could take their case to court. Now that they’ve gone to court, Curry said the U.S. Attorney’s Office has filed to have at least 10 of the suits dismissed.

Curry said that’s not unusual in lawsuits against private-sector employers, but it is unusual for a government agency with a former employee who has been criminally charged.

“It’s rare in civil litigation to have a wrongdoer sitting in a jail waiting for his trial and then have the United States continuing to press a dissent,” Curry said. “He did these acts, there’s no question in my mind and I think these veterans are all very credible, but what we’re up against is just a battery of technical arguments.”

Jim Cross, a spokesman for the U.S. Attorney’s Office for the District of Kansas, declined to comment.

Curry said the VA’s potential liability should become more clear soon, as a trove of discovery documents is due to arrive soon.

“Who knew what and when is what it’s going to show us,” Curry said. “We know for a fact there were several veterans who went to various people at the VA hospital there and questioned Wisner’s conduct. So there should be records of them reporting him in some instances or just questioning what was happening.”

Curry said the documents could number in the tens of thousands and will take some time to sift through.

The criminal charges against Wisner allege that he committed sexual abuse against patients between 2012 and 2014.

He voluntarily surrendered his license to practice as a physician assistant in February 2015. In doing so, he signed documents agreeing to the Kansas Board of Healing Arts’ finding that he had “used his position as a Physician Assistant at the Dwight D. Eisenhower VA Medical Center in Leavenworth, Kansas, to commit sexual battery crimes against veteran patients.”