"It's like Halley's Comet. You never think that's going to happen in your lifetime." 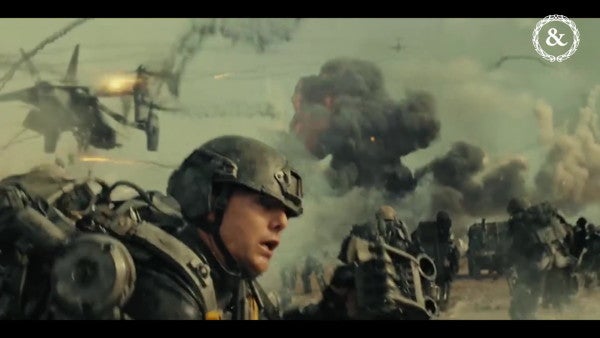 Marine Corps Pfc. Grady J. Crawford returned home Friday, nearly 70 years after his mother received a telegram saying he'd gone missing on a frozen battlefield in the Korean War, thousands of miles from where he'd grown up in Dallas.

His arrival begins a long-delayed homecoming celebration for Grady's family and a day of reflection for a lost son of the city who died in a bleak and distant war.

At 2:17 p.m., Friday, a flag-draped casket carrying the remains of the Marine killed in the Battle of the Chosin Reservoir, one of the most historic in Corps history, arrived at DFW Airport on a Delta Air Lines plane traveling from Los Angeles. The casket was flown overnight from Honolulu to Los Angeles.

Grady's surviving relatives, including his sister-in-law and four nieces, met the flight Friday afternoon on the tarmac. As they stood nearby, an honor guard of seven Marines in dress uniforms received Grady's casket and escorted it to a hearse.

On Saturday afternoon the family will honor Grady, a Woodrow Wilson High School graduate, with a service and burial open to the public at Restland Funeral Home.

Among those at DFW Airport Friday was Crawford's niece, Colleen O'Quinn Crawford. Her late father, Bill, was Grady's younger brother and a fellow Korean War veteran.

“It's just — it's beautiful,” Colleen said in a halting voice. “It's like Halley's Comet. You never think that's going to happen in your lifetime. But it's happened. It's very profound,” she said.

The Crawfords lived in the Lakewood neighborhood of Dallas. Grady lettered in football and was active in boxing and swimming. But his passion was Junior ROTC, where he achieved sharpshooter and marksman medals, according to the 1947 high school yearbook.

“We heard growing up what a little warrior he was,” Colleen said.

After graduating in 1947, he enlisted in the Marines. A few years later, his brother, Bill, joined the Merchant Marines and was also a Korean War veteran.

The year before Grady arrived in Korea, tragedy struck the family back home. Grady's father, Walter Grady Crawford, died Nov. 5, 1949, from injuries sustained after a city bus struck him near the intersection of Gaston Avenue and Dumas Street in Old East Dallas.

The elder Crawford, who was 54, stumbled after getting off the bus and fell under its rear wheels as the bus pulled away from the curb, according to a front-page article in The News.

“It was crazy,” said Colleen. “They lost their father in a freak accident.”

The conflict in Korea, which began in June of 1950, was overshadowed by World War II, which preceded it, and the Vietnam War, which came after.

The late author David Halberstam called it a war ''orphaned by history.”

“It has been referred to as the 'forgotten war,' but not by those who fought the war. They don't forget,” said Hal Barker, a Korean War historian from Dallas who operates the Korean War Project website with his brother Ted, also from Dallas.

Grady fought in the Battle of the Chosin Reservoir, one of the most historic of the Korean War. The battle is one that has come to define the legacy of the Marine Corps, the details of which are shared with every Marine recruit going through boot camp.

The brutal, 17-day battle took place in sub-zero temperatures and involved a U.S. force of 12,000 Marines and about 3,000 soldiers surrounded by the enemy.

The 1st Marine Division had taken up positions in the craggy and rugged region of North Korea on the west side of the Chosin reservoir with the Army set up on the east side. The plan was to drive the North Korean Army north toward China.

But on Nov. 27, an overwhelming force of 120,000 Chinese troops, allied with the North Koreans, launched a surprise attack on the Americans. The intense battles mostly took place at night with the Chinese soldiers attacking in waves, according to accounts by the military and historians.

Faced with annihilation or a mass surrender, the Marines chose neither, deciding instead to fight their way through the Chinese troops and escape to the south.

The conditions couldn't have been worse. Temperatures had plunged to 25 degrees below zero, causing rampant frostbite. The bitter cold caused weapons to jam. The Marines ran short of ammunition and food.

Assembled around the town of Yudam-ni, the Marines had only one way out, a one-lane road leading south to Hagaru-ri. “December 1st, the Marines started their breakout from Yudam-ni,'' said Barker, the Dallas-based Korean War historian.

Chinese forces attacked the Marines in the hills surrounding Yudam-ni. The Marines fought their way south through the Toktong Pass, finally reaching safety after three days. But the Marines had suffered 1,500 casualties.

Grady Crawford was among them.

Only 21 at the time, Grady was part of the 4th Battalion, 11th Marine Regiment of the 1st Marine Division. Assigned to an artillery unit, his mission on Dec. 1 was to provide cover as other Marines evacuated. Grady was last seen that day in the town of Yudam-ni, and the Marines officially listed him as missing.

Grady's brother, Bill, who served in the Merchant Marines during the war, often told his daughters that Grady's best friend in the Marines told him he last saw Grady running over a hill, and “when he looked again, Grady was gone,” Colleen said.

A Marine liaison to the Crawford family described the Battle of the Chosin Reservoir as “a victorious retreat,” Colleen said.

Grady's gung-ho patriotism was “very typical,” of those who enlisted in the Marines in those days, Barker said. “We've had several of our friends from Woodrow Wilson High School who joined the Marines.”

Another Korean War Marine veteran grew up three or four blocks from Grady, Barker said. “They were drawn to the military and the Marine Corps was the unit if you really wanted to fight.”

Other than a telegram notifying them that Grady was missing, the Crawfords knew virtually nothing about what happened to him. “The family members of the missing don't know anything, which is 100 percent typical,” Barker said.

As it turned out, Grady's remains were among those returned to U.S. custody about a year after the 1953 ceasefire. In September of 1954, as part of an exchange of war dead called Operation Glory, the North Korean government returned to United States custody over 4,000 sets of remains recovered from an isolated burial site on the west side of the Chosin Reservoir, Barker said.

“It was heartbreaking,” Colleen Crawford said. “He's been here the whole time in Hawaii and we didn't know.”

The technology for identifying remains is advancing every year, but it's still a long, arduous process, she said. “The process is starting to speed up, so there's hope for others that it won't take as long.”

Many of the returned remains could not be identified at the time and were buried as unknowns at the National Memorial Cemetery of the Pacific, located at the Punchbowl Crater in Honolulu, Hawaii.

In 2012, some of these unknown remains were exhumed for reexamination. They included a set of remains identified only as X-14896. Those remains proved to be Grady's.

Advances in forensic techniques allowed scientists with the Defense POW/MIA Accounting Agency (DPAA) to identify Grady. His remains consisted of a nearly complete skeleton, which is considered highly unusual, the family was told. To identify Crawford's remains, DPAA scientists used dental, anthropological and skull analysis, as well as circumstantial and material evidence, according to a Pentagon news release.

More than 7,000 American service members remain missing from the Korean war, with most believed to have been last seen in North Korea, Barker said. Families would simply get a telegram informing them their son or brother was missing, Barker said.

“We've got hundreds of these stories, he said. “The notification would come and the mother would drop dead or go into severe depression,” he said.

Out of the blue

The Crawfords had no clue what was coming.

On July 15 of this year, the Marines tracked down the Crawfords to Peru, Indiana, where Colleen, who was born and raised in Dallas, and her mother, were now living.

When Colleen answered the phone that Monday, a Marine liaison told her that her Uncle Grady had been identified. “My mom was standing next to me. I had to pick my jaw off the ground,” Colleen said. “And then I handed the phone to my mom.”

After arriving in Dallas, Colleen tried to compose herself while explaining to a reporter the events since that call from the Marines.

“It's beautiful. We are overwhelmed with joy for a beautiful closure. There's so much to love about Grady — his service and his passion to serve his country. He was a warrior.”

At DFW Airport Friday, Colleen was joined by a small group that included her mother and her three sisters, all nieces of Grady's: Christi Crawford and Teri Moore, of Peru, Indiana, and Alicia Burrough, of Mountainburg, Arkansas.

Visitation will take place Saturday from 2-4 p.m. at the Memorial Chapel at Restland Funeral Home at 13005 Greenville Ave., Dallas. Grady will be buried at 4 p.m. at the Restland cemetery near the grave of his younger brother, Bill.

At the airport, under warm and sunny skies, the Crawford sisters and their mom gathered at the back of the hearse after the Marines put Grady's casket inside. As they embraced, each one took a moment to press a hand on the casket.