The National Rifle Association is lashing out at The Washington Post over criticism of a controversial advertisement the organization promoted that critics described... 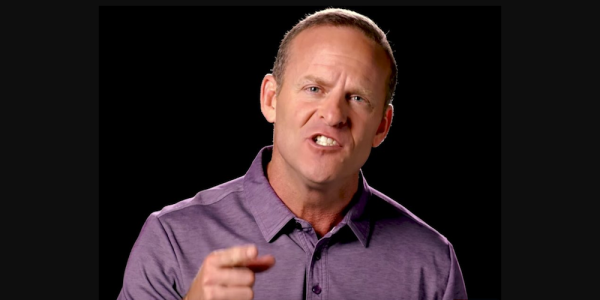 The National Rifle Association is lashing out at The Washington Post over criticism of a controversial advertisement the organization promoted that critics described as “an open call to violence.”

Conservative NRA talk show host, Grant Stinchfield railed against the newspaper in a video message on Monday, calling it a “fake news outlet” that was “destroying” the country.

“You people do more to damage our country with a keyboard than every NRA member combined has ever done with a firearm,” Stinchfield said in the video. “Your paper's new slogan may read 'Democracy Dies in Darkness.' It should say 'Journalism Dies at The Washington Post.'”

The message follows another video released by the NRA nearly three weeks ago — one that was viewed as inflammatory, due to its use of violent images from protests in the US. Critics have accused the gun-lobbying group of fear-mongering.

The latest two-minute video also responded to a review written by The Post reporter Alex Horton on another viral NRA video, this time featuring conservative commentator and former Navy SEAL Dom Raso. In the video, Raso said he was “disgusted” because “Americans are accepting to live with these conditions,” referring to what he called “media motivated by extreme ideology.”

Several veterans, including Horton who served in the US Army as an infantryman, made note that the NRA's advertisement lacked a message promoting firearm advocacy. Gun owners also believed the organization was straying too far into politics, The Post reported.

Stinchfield seemed to take issue with that characterization. “So they trot out a general-assignment reporter Alex Horton to call Dom Rosso's video 'dark,' and they tell us we can't have an opinion unless it's about guns,” Stinchfield continued in the video. “Listen to me Washington Post, in fact, I'm telling every leftist media propaganda machine defending the violent left to hear what I'm about to say.”

The NRA also appeared to target an April 30 story from The Post that reported a connection between former NRA president David Keene and a Russian senator.

“The fake news outlet even went so far as to make the blatantly false claim that the NRA had illegal ties to Russia,” Stinchfield said.

The Post reported that G. Kline Preston IV, a lawyer who conducted business in Russia, said he brokered a meeting between Keene and the Russian senator in 2011.

Following the video's release, reporters from The Post and other outlets came to The Post's defense:

I suspect @stinchfield1776 may be surprised to hear that numerous WaPo staff have spent time on the range for fun and education alike.

Wow. Here's my thing. I like all of the Amendments…not just the ones that let me carry my weapons. Too bad the NRA doesn't. https://t.co/ZZsRbuH9D0

You can watch the advertisement below:

“Your paper’s new slogan may read Democracy Dies in Darkness. It should say Journalism Dies at the @washingtonpost” @stinchfield1776. #NRApic.twitter.com/BmolBOQuX7