The US is looking away from the Middle East, but it’s keeping a wary eye on what China is doing there

After decades of fighting insurgencies in the Middle East, the U.S. is shifting toward "long-term, strategic competition" with "revisionist powers" — Russian and China — even as U.S. troops remain on the ground from Syria to Afghanistan 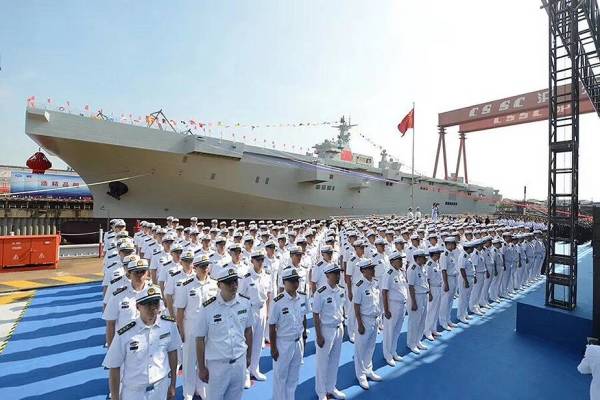 After decades of fighting insurgencies in the Middle East, the U.S. is shifting toward “long-term, strategic competition” with “revisionist powers” — Russian and China — even as U.S. troops remain on the ground from Syria to Afghanistan.

The Defense Department realizes “the threat of near-peer competitors lies in China and Russia. It does not lie in the CENTCOM [area of operations]. So you have to shift a couple of things,” Marine Corps Gen. Kenneth McKenzie, head of U.S. Central Command, which oversees operations in the Middle East, said at a recent Middle East Institute event.

That shift has been toward Europe and the Asia-Pacific, “where we can more directly confront those threats at a military level,” McKenzie said. “As we go forward … clearly we need to focus on China and we need to focus on Russia, and I believe resourcing in the [Defense Department] is properly moving in that direction.”

But great-power competition won't be limited to those regions, McKenzie said, calling his command area a “Wild West” for that global struggle.

China would prefer to pursue its interests in the Middle East “under somebody else's security auspices,” McKenzie said. “Who knows … what their design will be in the long-term, but I think this is a significant factor that we need to confront.”

China's presence in the region has grown over the past two decades, mainly through economic engagement. Countries there and in the Horn of Africa have largely welcomed Chinese investment, though many now regret those deals.

Others are more wary. The U.S. is concerned about China's new base in Djibouti. Washington and others worry that ports built by China around the Indian Ocean, ostensibly for commercial use, could be put to military purposes.

“What concerns me in this region is not the [Chinese] combat capability in the near-term, but what concerns me is all levers of national power that come into play,” Vice Adm. James Malloy, head of U.S. Central Command's naval forces, said at a Middle East Institute event this month.

“When I take a look at this region, I only have to look east to be able to see what the future might look like,” Malloy added, referring to the South China Sea. “I see economic coercion. I see military coercion … to bend the reality or facts on the ground.”

Malloy is not the first to say China seeks to wield influence in the Middle East, but critics argue it may be better to let Beijing bear the burdens that would entail.

“Beijing's creeping embroilment in the Middle East could be to America's net benefit,” Patrick Porter, a professor of international security and strategy at the University of Birmingham, said in an email.

“If China becomes the mainstay of the Gulf monarchies and ends up facing similar dilemmas and has to take over civil-war management or counter-proliferation, for instance, its attention, time, and resources would be split,” Porter said.

Concerns about China countering U.S. interests in the Middle East have been piqued by reports of a security and economic deal between China and Iran, which would allow both countries to flout U.S. efforts to isolate them.

China “desperately” wants to expand its Middle East relationships but is unlikely to seek a bigger military presence, according to Rachel Esplin Odell, a research fellow at the Quincy Institute for Responsible Statecraft.

“I don't think we're going to see a fundamental shift toward a Chinese forward presence in the region. This isn't something at all that they want to get bogged down in,” Esplin Odell said at an event hosted by the John Quincy Adams Society, a young-professional group focused on foreign policy.

China's focus is major diplomatic and economic agreements to secure access to oil rather than using military force, Odell said. “They see this 25-year deal with Iran to have a long-term guaranteed source for oil as a great deal.”

The public and many experts are increasingly skeptical that U.S. interests in the region justify its current presence. (Though surveys have found support for maintaining or increasing the U.S. military presence there.)

The political and material costs of that presence “are too high,” Porter said. What interests the U.S. does have there “are either generated by being there in the first place or [are] manageable from a remove.”

Recent reports from the Center for a New American Security and the Quincy Institute advocate a change, arguing the U.S.'s militarized policies in the Middle East don't serve its interests and that the rise of multiple powers can be exploited to protect those interests.

Those think tanks have different views on what the U.S.'s role in the world should be, but their convergence this issue reflects a broader change, according to Matt Duss, foreign-policy adviser to Sen. Bernie Sanders.

“I think when you've got these two very different think tanks putting up these kinds of reports saying it is overdue that we need to rethink this … this is what a paradigm shift looks like,” Duss said in a recent interview.