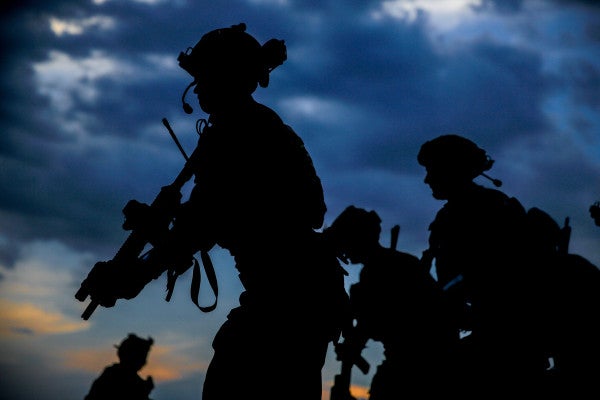 The Pentagon chief sent a tremor through the special operations community a couple of weeks ago when he told lawmakers that many elite crisis response forces around the world rarely get used.

Defense Secretary Mark Esper briefed the House Armed Services Committee at a Feb. 26 hearing that he is reviewing the need for special operations forces to be dedicated to permanent crisis response forces (CRF) as part of a larger review of the U.S. military's combatant commands.

“Over the years, we have stacked up crisis response forces and … we never actually use them,” Esper said.

Each of the Army's five Special Forces Groups keeps a company-sized element on a heightened state of readiness to serve as a direct-action, crisis response force for their specific combatant command region.

Esper added that he wants to make sure that these forces are available if there is a crisis but also look at redistributing others to shore up their overall readiness posture.

“I have not made any decisions on that yet, but that is something I think we all recognize,” he said.

A week later, news site SOFREP reported that U.S. Army Special Operations Command has “decided to disband the CRFs because they are said to be underutilized and because of a lack of operators,” according to a March 5 repost of the story in Business Insider.

That's not exactly accurate, according to a source inside U.S. Special Operations Command familiar with the issue.

The source agreed that the CRFs “are not being used to their full capability,” but said no analysis has been done to study the impacts of removing such an important capability in each of the combatant command regions.

“The idea is we don't lose the capability, but we optimize the flexibility of it,” according to the source, who was not authorized to speak to the press on the subject.

The Pentagon took its first action after a review of U.S. Africa Command by announcing in mid-February that the Army's 1st Security Force Assistance Brigade will deploy to the continent to allow the service to return elements of an infantry brigade from the 101st Airborne Division to Fort Campbell, Kentucky, so it can focus on its primary job of training for conventional combat.

The company-sized element of the 101st deployed to Kenya in early January as part of the East African Response Force (EARF) after an attack by al-Qaida affiliate al-Shabaab on a base in Kenya killed one U.S. soldier and two American contractors.

Maintaining Special Forces CRFs in each combatant command region provides an option for rapid response, the USSOCOM source said, much like the ready brigade of the 82nd Airborne Division.

Units in the Fort Bragg, North Carolina-based airborne infantry division remain on a constant rotation of heightened readiness but are rarely used, the source said.

That all changed on New Year's Eve when the Pentagon alerted the 82nd's ready brigade for a no-notice emergency deployment to the Middle East in response to efforts by Iran-backed militia members to breach the U.S. Embassy in Baghdad.

Crisis response forces will not be the only mission that will be reevaluated under the combatant command review, Gen. Mark Milley, chairman of the Joint Chiefs of Staff, said at the same hearing with Esper.

“The secretary mentioned the crisis response forces, but there's other things out there,” Milley said, referring to missions that have been around for decades, such as the Army's contribution to the Multinational Force and Observers international peacekeeping mission on the Sinai peninsula.

“In 1981, I served in the Sinai. Is that still a valid mission for military forces, yes, no; arguments to be made on both sides,” he said. “We're going through all that kind of stuff, every single task and purpose out there for the United States military from space down to undersea. Does it still make sense, according to the [National Defense Strategy]? … If yes, check, continue. If not, then we delete it.”