‘I used to be your angel and now, you’re mine’ — the 9-year-old daughter of a fallen Green Beret eulogizes her dad at his funeral 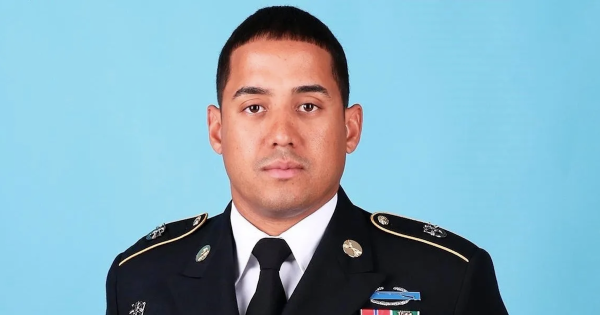 The 9-year-old daughter of a Green Beret killed in combat in Afghanistan read a touching letter to her father during a memorial service in Massachusetts on Tuesday.

“Dear papi, I miss you a lot. I wish you were still alive,” Angie, the daughter of U.S. Army Master Sgt. Luis Deleon-Figueroa said during the service. “It doesn't feel right without you. I want to thank you for being a great hero and a great daddy.”

“I know you're in heaven now, daddy, with my grandma. But I miss you so much,” Angie said. “I miss our time together. I'll miss going to the beach and the movie theaters together. I miss your hugs and kisses. I will try to make you proud and behave like you always told me to.”

"I used to be your angel and now, you're mine." – Angie Deleon

Fallen soldier Master Sgt. Luis Deleon-Figueroa being eulogized by his daughter is incredible.

Her strength… wow. May her father's memory always be a blessing.

Deleon-Figueroa, a 31-year-old Puerto Rico native and a Chicopee, Massachusetts, resident, served in the U.S. Army for over 13 years and was assigned to the 7th Special Forces Group (Airborne). He was killed by small arms fire during a joint raid with Afghan forces in the Faryab province of Afghanistan on August 22.

“You are forever my papi and know that my mom and family will take care of me. I used to be your angel and now, you're mine,” Angie added.

Deleon-Figueroa served six deployments, including to Iraq and a previous deployment to Afghanistan, according to
Stars and Stripes.