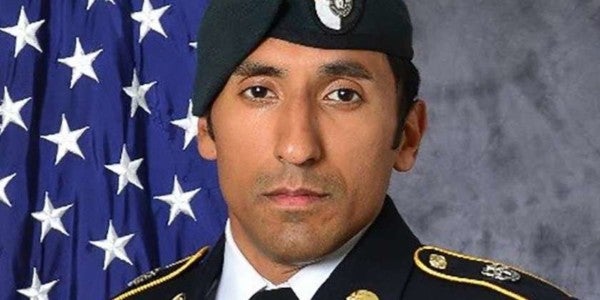 A preliminary hearing for two Virginia Beach-based Navy SEALs and two Marine Raiders charged in connection with the 2017 death of an Army Green Beret in Africa has once again been pushed back.

The Article 32 hearings were scheduled for next week.

In a news release, the Navy said a new date has not been scheduled.

The Marines are assigned to Marine Corps Forces Special Operations Command, based at Camp Lejeune, N.C. One is a staff sergeant and the other is a gunnery sergeant.

The Navy has not released any of their names.

The four are accused of breaking into Army Staff Sgt. Logan Melgar’s bedroom in Bamako, Mali, while he was sleeping, restraining him with duct tape and strangling him by placing him in a chokehold, according to charge sheets.

In addition to murder, the special operators have also been charged with involuntary manslaughter, conspiracy, obstruction of justice, hazing and burglary.

Navy Region Mid-Atlantic Commander Adm. Charles Rock decided last month to go forward with the charges after he was provided a Naval Criminal Investigative Service report into the death. The purpose of the Article 32 hearings is to consider the charges and to make recommendations on them.

If convicted, all four could face the death penalty or life in prison without parole.