A former U.S. Marine and sculptor is facing a dozen years in federal prison after he pleaded guilty on Thursday... 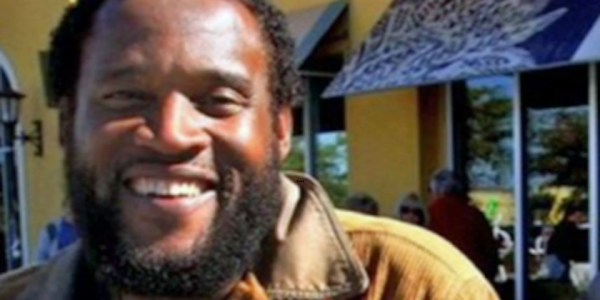 A former U.S. Marine and sculptor is facing a dozen years in federal prison after he pleaded guilty on Thursday to being part of a conspiracy to help the terrorist group ISIS.

Gregory Hubbard, 54, was arrested in a controversial FBI terrorism sting in 2016 in Palm Beach County.

Under the terms of the plea agreement, the prosecution and defense will recommend that the judge sentences Hubbard to 12 years in federal prison. That’s significantly less than the 20-year maximum penalty the offense carries and the 30 or more years he had been facing if convicted of all three charges that were filed against him.

The case ran into problems last year when it became public that the main undercover informant in the case, Mohammed Agbareia, had defrauded more than $300,000 from victims — while he was working undercover for the FBI and heavily involved in the terrorism sting.

Handcuffed, shackled and dressed in dark blue jail scrubs in court on Thursday, Hubbard told the judge he was pleading guilty because he had committed the offense.

Hubbard was arrested July 21, 2016 at Miami International Airport. He thought he and an undercover informant were flying to Germany and would then take a train and other transportation to Syria, where Hubbard planned to fight alongside the terrorist group.

Before he left, Hubbard gave much of his artwork to one of the informants for safekeeping, placed most of his other possessions in a storage unit in Georgia and saved $6,000 he was bringing with him to fight in Syria. He also said he might never return from Syria.

Hubbard was diagnosed with depression and anxiety several years ago and was receiving therapy and prescription medication at a local Veterans Affairs hospital before his arrest, his attorneys Assistant Federal Public Defenders Anthony Natale and Vanessa Chen said in court.

“Depression lingers over me pretty consistently … But, depressed? I am,” Hubbard told the judge.

All three men were secretly recorded talking about their support for the terrorist group and one of its leaders.

They used the term “soccer team” as code when referring to the terrorist group.

Hubbard forfeited a .22-caliber Marlin survival rifle and ammunition he used. The other two men had pistols, a shotgun and a Romanian Arms AK-47-style assault rifle, according to prosecutors.

“They shared links for ISIS propaganda videos and websites, including ISIS beheading videos, and lectures by Anwar al-Awlaki espousing jihad,” according to the plea agreement.