US tests ground-launched ballistic missile that was previously banned

WASHINGTON (Reuters) – The Pentagon on Thursday tested a conventionally configured ground-launched ballistic missile, a test that would have been … Continued 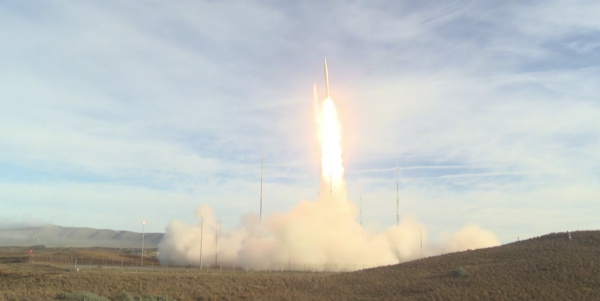 WASHINGTON (Reuters) – The Pentagon on Thursday tested a conventionally configured ground-launched ballistic missile, a test that would have been prohibited under the Intermediate-range Nuclear Forces Treaty.

The United States formally withdrew from the landmark 1987 INF pact with Russia in August after determining that Moscow was violating the treaty, an accusation the Kremlin has denied.

It was the second test by the Pentagon that would have not been allowed under the INF treaty.

The treaty, negotiated by then-U.S. President Ronald Reagan and Soviet leader Mikhail Gorbachev, banned land-based missiles with a range of between 310 and 3,400 miles (500 to 5,500 km).

The Pentagon said in a statement that the test took place from Vandenberg Air Force Base in California and the missile flew for more than 500 km.

“Data collected and lessons learned from this test will inform the Department of Defense's development of future intermediate-range capabilities,” the statement said.

In August, the Pentagon tested a ground-launched cruise missile with a range of more than 500 km (310 miles).

Moscow denies flouting the accord and has accused Washington of breaking the pact, allegations rejected by the United States.

The dispute is aggravating the worst U.S.-Russia friction since the Cold War ended in 1991. Some experts believe the treaty's collapse could undermine other arms control agreements and speed an erosion of the global system designed to prevent the spread of nuclear weapons.

Lavrov renewed Moscow's offer to extend the U.S.-Russia New START arms control treaty of 2011, while Trump and Pompeo stressed the need for a strategic dialogue that also included China.

That agreement requires both sides to cut their deployed strategic nuclear warheads to no more than 1,550 and expires in February 2021 but can be extended for up to five years.