A secret Russian assassination squad can reportedly ‘get to anyone’ in Europe. It’s also really sloppy about it

Two current European intelligence officials described the scoop by the New York Times about a unit of Russian military intelligence, commonly called the GRU, tasked with murdering Russia's enemies in Europe and helping sow political and military chaos, as "credible." 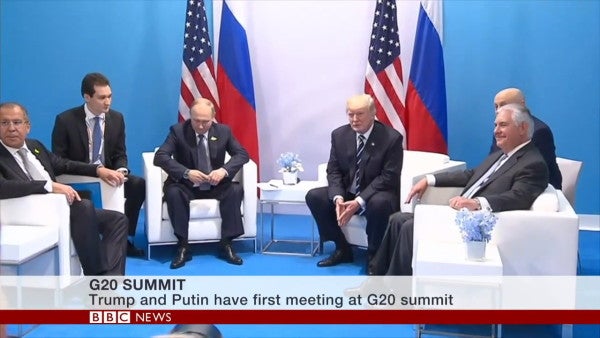 Revelations of an alleged Russian intelligence operation to murder opponents and spread chaos across the European Union were met with a mix of wonder and derision in the intelligence community. Russia's decision to return to formalized violent operations in the West has “proven they can get to anyone,” a source told Insider. But in many cases, the Russians' sloppy tradecraft has meant their “secret” operations are almost immediately noticed.

Two current European intelligence officials described the scoop by the New York Times about a unit of Russian military intelligence, commonly called the GRU, tasked with murdering Russia's enemies in Europe and helping sow political and military chaos, as “credible.” It's “confirmation of something we have long suspected: There is a plan,” one told Insider.

The New York Times piece, which ran Tuesday, used a mix of open-source documentation and intelligence gathered across Europe in the wake of half a dozen killings to determine that many of the international incidents involving Russia involve “Unit 29155” of the GRU, a previously unknown unit. It appears to be specifically tasked with irregular operations directed at Europe, including a failed coup in Montenegro and the attempted poisonings of an arms dealer in Bulgaria and a GRU defector in Salisbury, England.

Russia has been re-fighting the Cold War since 2008

The intelligence officials said confirmation of a long-time suspicion that these operations were centrally organized had only come in the past few months and was a tightly guarded secret among NATO and EU intelligence services. They had been monitoring the unit, and past cases or incidents, for connections.

“It's been clear since 2008 at least that Russia was reconstituting modern versions of units and techniques they considered useful during the Cold War era,” said one intelligence official, who is based in Brussels and does not have permission to openly discuss the issue with the media.

“Some people will point to the sloppiness of some of their operations but in each case they were able to hit the target and in some cases even eliminate it. The real issues seem to come in trying to make an escape without being detected,” said the official.

“They have proven they can get to anyone but they've also proven that at least so far — and everyone is going back and reopening cold cases to determine if there were other hits — that it's obvious when the Russians are involved,” the official added.

“This unit has operated for over a decade”

The second official described a recent push to re-evaluate old intelligence and evidence against this “new official framework for covert activities.”

“Our indications are this unit has operated for over a decade and prior to the new report we have been trying to establish if any of our unsolved cases bear any connection,” said the second official, who actively works in counterintelligence in a Central European nation.

“There will be more cases linked to this group,” the second official said of the possibility that other attacks have taken place but direct Russian involvement went unnoticed.

None of this, according to the officials, is much a surprise. And one analyst points to the GRU's long history, which dates back to the founding of the Soviet state, as very consistent with such operations.

“Let's not forget that since its creation in 1918, some of GRU's main roles have been subversion, assassination and sabotage behind enemy lines – overall, to disrupt enemy societies,” said Dr Victor Madeira, a commentator on national security affairs and author of Britannia and The Bear: The Anglo-Russian Intelligence Wars (Boydell, 2016). “And while we may still not see it as such, Vladimir Putin's Kremlin has long seen itself as locked in a political-psychological war with the West, its values and ideas.”

“The operations to which Unit 29155 has now been linked — in Moldova, Bulgaria, Montenegro and the UK, for example — all fall well within the GRU's century-old mission,” he added. “What has been new in recent years has been the Kremlin's increased willingness to take political and military risks – unsurprising, given the West's weak responses after Russian aggressive actions in Estonia in 2007, Georgia in 2008 and Crimea/Ukraine in 2014.”

But despite the almost certainty the unit has been involved in previously unidentified incidents, its track record of wildly aggressive actions — spraying nerve agents on a turncoat agent's door handle — have usually backfired publicly, and left a trail easily linked to Russian intelligence.

In the case of the Salisbury poisoning, where a defected GRU agent Sergei Skripal and his daughter Yulia were hit with a banned nerve agent, it look little time for UK police to determine that two men traveling on Russian passports had been involved, which led to open source investigators then identifying the two suspects from public Russian government records.

In this file photo made available by the Metropolitan Police on Wednesday Sept. 5, 2018, shows men identified as Alexander Petrov, left, and Ruslan Boshirov. Petrov is actually Alexander Mishkin, a doctor for the GRU, and Boshirov is a decorated Russian agent named Anatoliy Chepiga(Associated Press photo)

To highlight the openness of the GRU operation, Russian journalists Wednesday released the results of Google searches which identified the commander of the unit, as well as car registrations, phone numbers and even the street address of the headquarters.

“The goal here is to both identify previous operations and send notice to Putin that we are on to this unit,” the second intelligence official said. “This is why you will see intelligence services talking about this a bit more than usual to journalists. We want them to know.”

Madeira said timing such a release of information has its own benefits: Reminding the Russians that even an elite unit leaves an internet trail that is very hard to obscure and that key agents for the unit are probably already identified.

“Identifying this unit also sends a message that there is a lot of open-source information out there that can help track the movements of GRU officers carrying out missions,” he said. “The thinking will be that if you force the 'A team' off the field, the 'B team' will likely make more mistakes, which will allow us to learn more and so disrupt future GRU operations.”