The Pentagon abruptly ended a 9/11 pretrial hearing Tuesday because the judge in the case had a health emergency, war court spokesmen said 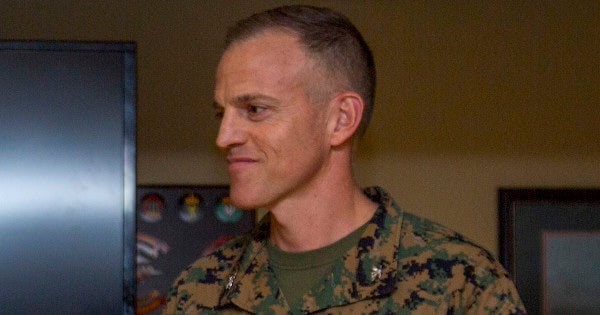 GUANTANAMO BAY NAVY BASE, Cuba — The Pentagon abruptly ended a 9/11 pretrial hearing Tuesday because the judge in the case had a health emergency, war court spokesmen said.

Marine Col. Keith Parrella's abrupt recess presented another pretrial delay in efforts to try the five men accused of plotting al-Qaida's Sept. 11, 2001 attacks that killed 2,976 people in New York, the Pentagon and a Pennsylvania field. The next hearings are scheduled for late March.

Court personnel declined to describe Parrella's health emergency, citing privacy, but his wife and other war court personnel said the colonel had a detached retina that required surgery in the United States. The judge was expected to be airlifted late Tuesday. Parrella's health situation was not life-threatening, but required emergency surgery, said defense attorney Jay Connell.

But on Wednesday morning, the Marine colonel was still on the island awaiting evacuation, his wife, Jennifer Parella, told McClatchy.She said there was a dispute between the military health provider, Tricare, and an air ambulance firm that, she said, was standing by to take him from Guantánamo to the United States

“The transport company is ready to come get him, but Tricare isn't making payment, or is haggling about payment or offering to make payment after the fact,” Jennifer Parrella said. “I'm reaching to anybody I can to get him on a plane. He just needs to be in the United States and be in surgery. Now his eye is starting to darken, the fear is he's going to lose his sight.”

Jennifer Parrella said the colonel was hoping to go to Bascom Palmer Eye Institute in Miami, which accepts Tricare.

Parrella, who is in his mid-40s, got the death-penalty case in August and has held just three hearings. He replaced now-retired Army Col. James L. Pohl, who presided on the pretrial hearings from arraignment in May 2012. It is uncertain how long Parrella is to serve on the case. The 24-year career Marine officer, who has served as a military judge for more than two years, was selected to assume the post of commander of Marine forces responsible for embassy security worldwide in the summer, a position that's consider a plum assignment.

Parrella had planned to hear closed-court testimony from a former CIA interpreter on Wednesday, handle other Sept. 11 trial business and return with war court personnel to Washington on Saturday.

“Due to a medical issue impacting the military judge's ability to work, the rest of the session is cancelled,” Flesvig said in a statement Tuesday night.

UPDATE: The Marine Corps judge has been evacuated from Guantanamo. #SemperFi https://t.co/BKHDxQPsxU