Behind the scenes, the U.S. military is planning for nearly a half-billion dollars in new construction during the Trump administration,... 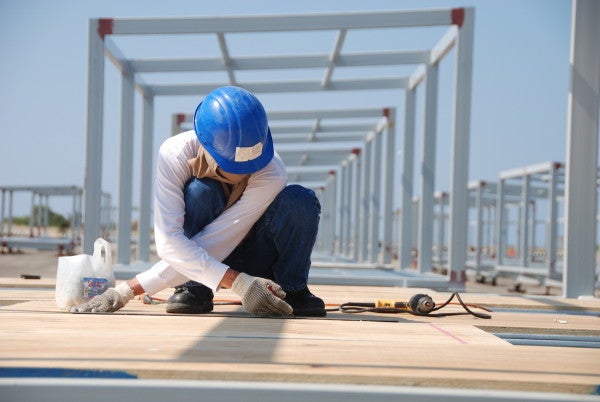 Behind the scenes, the U.S. military is planning for nearly a half-billion dollars in new construction during the Trump administration, including a Navy request to build a $250 million, five-bed hospital here that has been singled out for study by a Senate committee.

Despite President Donald J. Trump’s campaign promise to reduce costs at the remote U.S. Navy base — at one point he mused that his new Cuba policy might import cheap, local labor from across the minefield — the Pentagon’s appetite to spend at this outpost of about 5,500 residents and 41 wartime prisoners continues unsated.

In two other major projects, Congress is poised to give the Army $124 million to build a new barracks for 848 prison troops to be ready four years from now. And on a different corner of the base, the Pentagon is soliciting bids of up to $100 million to build a skeletal structure for a 13,000-migrant tent city and housing for 5,000 U.S. forces.

But it was the hospital plan that prompted the Republican-led Senate Armed Services Committee to ask Defense Secretary James Mattis to conduct an analysis of “remote locations with high family support costs” — noting the “proposed $250 million replacement hospital at Guantánamo Bay would cost $50 million per bed.”

The Senate tasked Mattis to undertake a “comprehensive study” that essentially asks the Pentagon to take a hard look at the costs of bringing families to distant, remote places like Guantánamo Bay and Kwajalein in the South Pacific. The Pentagon proposes to build 52 family homes at a cost of $1.3 million each on the atoll in the Marshall Islands. The Senate, however, called small post, so-called unaccompanied tours, costly, “which is a primary reason why locations such as Diego Garcia are unaccompanied.”

It cited as an example, the “significantly higher” costs of “school construction.” At Guantánamo a Miami-based Cuban-American construction firm is building a new pre-K through Grade 12 school for up to 275 students with imported labor, materials and equipment for a whopping $66 million.

It’s all part of the mix-and-match nature of life on the 45-square-mile base. Sailors who come on long-term tours of duty bring their families and move into suburban-style tract housing while the prison personnel who come for about nine months are housed in townhouses and containerized housing units (CHUS) for which the Army pays rent to the Navy. The base’s workforce of about 2,200 Jamaicans and Filipinos, meantime, live in old barracks and separate trailer camps.

The Defense Health Agency said in a statement that it wants to replace the many times renovated, current 12-bed hospital with one that can better withstand earthquake tremors rattling the region. “The facility has a significant risk of collapse in a major seismic event due to the lack of seismic design features,” the statement said.

It was built in 1956 and needs upgrades, to continue “providing comprehensive, ambulatory and specified specialty care services” to 3,200 of the 5,500 or so people on base who are covered by TriCare, the Pentagon’s health system. Troops in need of specialized care are flown to the United States.

Jamaican and Filipino guest workers are entitled to emergency services but are not explicitly entitled to Navy healthcare. An example: A base Subway restaurant worker who was discovered to have an active tuberculosis case was quarantined there.

Hospital staff also sometimes provide care to the 41 war-on-terror prisoners and the Detention Center’s 1,500 troops, who have their own clinic. A new $8.4 million clinic for the captives is under construction, as is a new $12.4 million dining room for prison staff.

The proposed $124 million barracks would consolidate enlisted troops into one or two large dormitory-style buildings near the base church and McDonald’s, far from the Detention Center Zone where the prisoners are kept. Trump’s chief of staff, former Marine Gen. John Kelly, had championed the replacement for the CHUs when he was in charge of the U.S. Southern Command. But the Obama administration repeatedly rejected the idea as an unnecessary investment in dwindling detention operations it sought to close.

Now the Department of Defense under Trump has blessed the request and committees in both chambers of Congress have supported it. A document obtained by the Herald shows the barracks would be ready in 2021, the War on Terror Detention Center’s 20th year, if Congress funds it soon.