Guard, Pentagon Cannot Say How Many US Soldiers Must Repay Bonuses 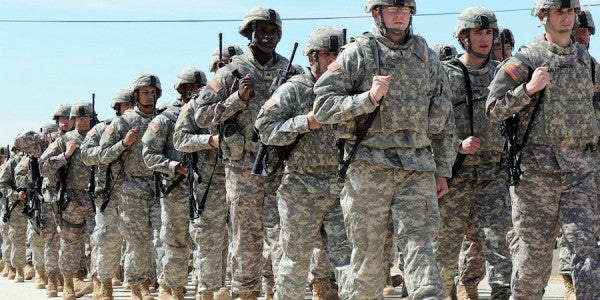 The National Guard and Pentagon on Friday still could not say how many soldiers in the United States might have their wartime re-enlistment bonuses reclaimed, despite claiming days ago that cases outside of California only number “in the dozens.”

A Pentagon spokesman said the Defense Department had not finished compiling the figures from all states and territories. The chief of the National Guard Bureau, which promised Wednesday to release the number of affected soldiers to Stars and Stripes, said Friday that it was still working to compile the information.

Both have said the efforts to recollect bonuses of $15,000 or more and education benefits from soldiers are mostly confined to California.

The Army National Guard caused public outrage earlier this week when reports revealed it might reclaim the re-enlistment bonuses of nearly 10,000 soldiers from California who served in Iraq and Afghanistan. More than 100 House members wrote a letter Wednesday saying the National Guard has confirmed bonus overpayments occurred in every U.S. state and called for legislation to provide relief.

Peter Levine, acting undersecretary of defense for personnel and readiness, said Wednesday the number of cases in other states are “in the dozens” but did not specify how many states.

“This is a California problem for us,” he said.

The Pentagon on Friday could not immediately reconcile Levine’s comment with its lack of specific numbers.

The National Guard Bureau told Stars and Stripes on Friday that it had reviewed a statistical sampling of 9,641 cases of bonus payments across the country but did not have additional statistics of how many included fraudulent or wrongly awarded bonuses or benefits.

“The issues found were administrative in nature and rapidly remedied by the state,” according to Maj. Shannon Thomas, a Guard spokeswoman.

Gen. Joseph Lengyel, chief of the National Guard Bureau, said Wednesday the service examined the bonuses in every state and had determined the number of incorrect payments was small.

“I can tell you they did look at every state … they did find some contracts were dispersed erroneously. There were small numbers and I can get you those numbers,” Lengyel told Stars and Stripes.

A National Guard spokeswoman said Friday it still had not compiled the figures for release.

The Pentagon on Wednesday temporarily halted the repayment of bonuses for California National Guard soldiers after outcry from veterans groups and Congress. The bonuses and education benefits were aimed at bolstering troop numbers during the wars. Defense Secretary Ash Carter ordered a review of the repayments by January and said he wants all California cases resolved by July.

But the issue of other soldiers outside California being forced to repay the bonuses remains an open question.

A lax nationwide system of checks at the National Guard led to fraud and overpayment of the bonuses, Lengyel said Wednesday.

“At the time we had delegated authority to give bonuses to all the individual states. And we realized at the time, hey, we need to have greater oversight,” Lengyel said Wednesday. “Before 2012, you could actually give away the money without having all the documentation in place to prove the people were entitled to it. It’s not possible anymore.”

“We have fixed this issue in California with regard to the bonuses,” he said.