The Minnesota National Guard will not expel a 19-year-old Chaska man with ties to a nationwide white supremacist organization, following an investigation into his online activities before he enlisted. 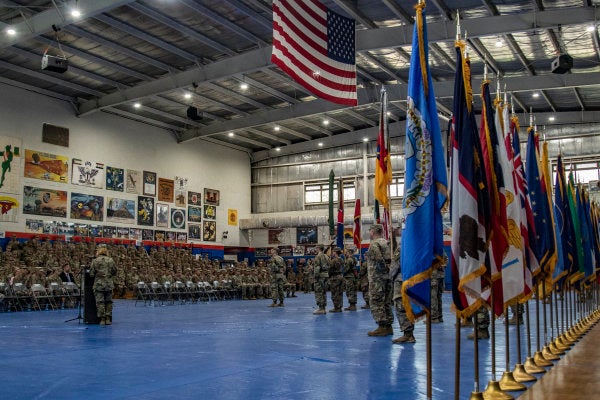 The Minnesota National Guard will not expel a 19-year-old Chaska man with ties to a nationwide white supremacist organization, following an investigation into his online activities before he enlisted.

However, the Guard said the man will remain under close supervision.

The man, who holds the rank of private, was recalled to Minnesota from basic training at Fort Leonard Wood, Mo., in April after his involvement with Identity Evropa was revealed in the leak of hundreds of thousands of messages between the group's members by left wing media collective Unicorn Riot in March. The Star Tribune is not naming the man because he has not been charged with a crime.

The 19-year-old has “received counseling and training on Army policies against involvement in extremist groups” and “disavowed any continued association” with such groups or activities, Sharkey said.

A message left to the man's cellphone was not immediately returned. When reached for comment in April, he denied being affiliated with Identity Evropa.

Using the name “Hyphenstein,” the man posted 30 messages over the course of 16 months in an Identity Evropa-linked chat room on Discord, an app for gamers that far-right groups have used for covert communication. Some of the messages discussed joining the Minnesota National Guard and his future plans in the military. In others, he talked about traveling to a November 2018 Identity Evropa gathering in Colorado and paying membership dues to the group.

In his final message — dated Feb. 24, more than a month after he enlisted in the Guard — the man said it was his last day in Minnesota before leaving for basic training.

The Star Tribune identified the man by following a trail of public records and profiles found in popular online gathering places for white nationalists.

While its members prefer to call themselves “identitarians,” Identity Evropa is considered a white supremacist group by the Anti-Defamation League and listed as a hate group by the Southern Poverty Law Center. It has maintained a presence in Minnesota since at least early 2017.

The group, which advocates ending immigration to the United States and opposes efforts to promote diversity, played a key role in planning the deadly 2017 “Unite the Right” rally in Charlottesville, Va.

Identity Evropa rebranded as American Identity Movement after the Discord leak, which revealed the group's ties to nearly a dozen current service members and a Virginia police officer, among others.