Americans paid more than $6.6 billion over eight years to care for victims of gun violence, according to a new... 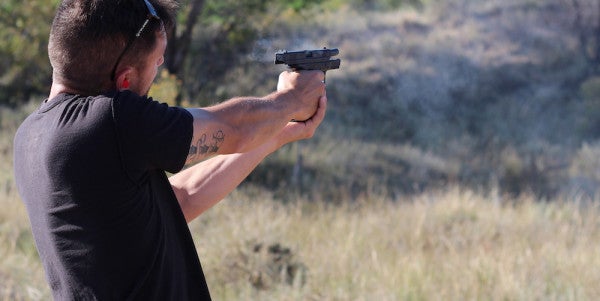 Americans paid more than $6.6 billion over eight years to care for victims of gun violence, according to a new tally of hospital bills. And U.S. taxpayers picked up at least 41 percent of that tab.

That’s just the tip of the iceberg, say the authors of a study published this week in the American Journal of Public Health. Their sum does not include the initial — and very costly — bill for gunshot victims’ care in emergency rooms. Nor does it include hospital readmissions to treat complications or provide follow-up care. The cost of rehabilitation, or of ongoing disability, is not included either.

“These are big numbers, and this is the lowest bound of these costs,” said Sarabeth A. Spitzer, a Stanford University medical student who co-wrote the study. “We were surprised” at the scale, she added.

That, arguably, makes gun-injury prevention a public health priority, Spitzer said. The GOP’s health care reform measure would reduce federal contributions toward Medicaid, which foots roughly 35 percent of the hospital bills for gunshot victims. The GOP plan would also cut payments to the hospitals that absorb much of the cost of caring for self-paying (in other words, uninsured) patients, whose hospital bills accounted for about 24 percent of the $730 million-per-year tab.

“These are expensive injuries,” Spitzer said.

The new research underscores many grim facts of gun violence in the United States: In 2014, for instance, 33,700 people died of gunshot wounds, but an additional 81,000 were treated for nonfatal firearms injuries. Close to two-thirds of the gun deaths were self-inflicted, and those who commit suicide with a gun rarely survive long enough to be admitted to a hospital.

To come up with their tally, Spitzer and her colleagues scoured the hospital bills of 267,265 patients across the country who were injured by guns between 2006 and 2014.

These patients were overwhelmingly male, and most of them were admitted to large, urban teaching hospitals. About 43 percent of the victims were treated in the South, where the proportion of uninsured patients was highest. And nationally, 30 percent of gunshot victims treated in hospitals during the study period were insured by Medicaid.

“Firearm-related injuries place a particular burden on governmental payers and the poor,” the study authors wrote. In addition to the 29 percent of patients nationwide who were insured by Medicaid, which largely serves low-income and disabled Americans, more than 4 out of 5 of the uninsured patients “fell below the 50th income percentile.”

This group is unlikely to be able to pay their medical bills, and so these costs are often written off as losses to the hospitals that provide the care. The cost of keeping those hospitals open, in turn, is typically borne by taxpayers in the form of local tax levies or block grants to the states.

Until now, the most recent estimate of the cost of firearm injuries extended only through 1997 and used hospital data from only two states.

That’s very likely because in 1996, gun rights advocates on Capitol Hill began forbidding the use of federal funds “to advocate or promote gun control” and federal funds to conduct research on firearms injuries virtually dried up. While the Obama administration last year proposed a welter of initiatives to reduce gun injuries, few are likely to be funded by a GOP-led Congress.

Spitzer’s work was underwritten by a Stanford fund for “medical scholars.” As a medical student interested in trauma surgery, she said she hopes that more research will prompt public policies to reduce such injuries.