A Boca Raton financial adviser who faked his death last year, setting off an expensive and pointless U.S. Coast Guard... 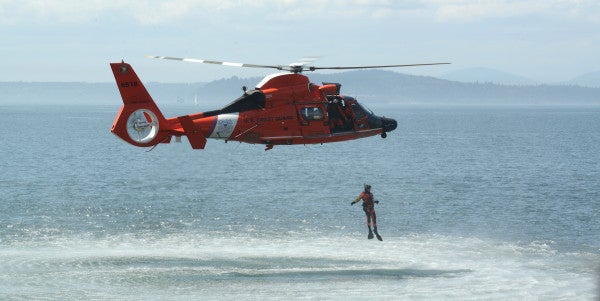 Under the terms of his plea agreement, Richard Winsor Ohrn, 46, has agreed he owes $1 million in restitution for the cost of the search.

He is under court order to sell his Estuary Drive home and reveal details of all his assets to the government before he is sentenced in October. The home currently has an assessed value of $550,000, according to the county property appraiser, but has a significantly greater market value.

The maximum penalty for the offense is six years in federal prison and a $250,000 fine but Ohrn may be sentenced to probation, records show. Ohrn has been free on $1 million bond since shortly after he was charged in February.

Ohrn, a Navy veteran who worked as a bank financial adviser, admitted he faked his disappearance during a mental health crisis, reportedly brought on by allegations he was stealing from some of his elderly clients. No charges were filed but Wells Fargo Advisers, a division of the bank, fired him in 2012 and he was stripped of his brokerage privileges.

A passing yacht crew discovered his rented SeaRay 185 Sport vessel anchored and abandoned in the water six miles off Lake Worth Inlet on March 31, 2015.

Investigators initially thought it was a crime scene because blood was smeared around the vessel and a pair of broken eyeglasses were on board.

The Coast Guard launched a three-day air and sea rescue effort that cost more than $1 million, according to court records, but found nothing useful before ending the search on April 2, 2015.

Ohrn showed up in Palm Beach County 10 days later. Under questioning, Ohrn “admitted to faking his disappearance, stating that he decided to 'just go away' due to his anxiety,” according to his plea agreement.

Investigators found out he had stayed at an unfurnished apartment in Albany, Ga., which was rented under his nephew's name. He also admitted he had rented the SeaRay and towed an inflatable vessel he bought, using a friend's account, out to sea.

After staging a struggle or incident on the boat, he told investigators he used the inflatable to return to shore and drove to Georgia in his pickup truck. The Palm Beach County Sheriff's Office found evidence that he had been collecting items to help him vanish for at least a week before the boat was found.