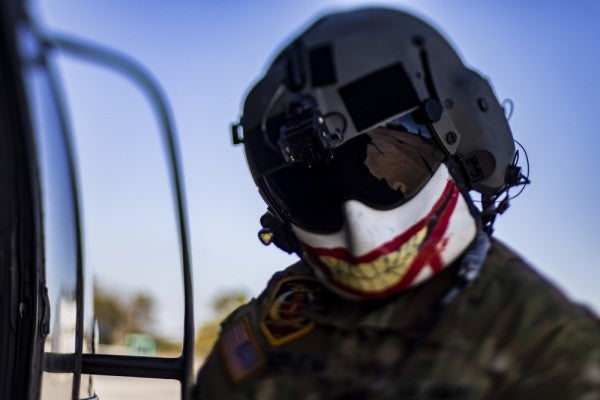 “Our service members who put themselves in harm's way in defense of our nation deserve our full support, regardless if they're active duty, or a member of the Reserves or National Guard,” Kim said in a statement announcing the legislation's introduction.

Information was not immediately available about the number of Reserve and National Guard members earning the incentive pay, which ranges from $150 to as much as $250 a month.

Currently, Reservists and Guard members receive one-thirtieth — or 3.33% — of the hazard-duty incentive pay of their active-duty counterparts, according to Kim's office, which cited the example of an Army private first class, E-3, who is qualified for parachute jumping and receives an additional $150 a month pay compared to a Reservists or Guard member with the same jumping qualification earning just $12 extra.

And while Reservists and Guard members are often considered “part-time” soldiers because they return to civilian jobs when not on training or assignment, their roles and responsibilities have greatly expanded during the last two decades and their utilization has skyrocketed from less than 0.5% from 1994 through 2000 to over 9% since 2001.

“For these members of the Reserves and Guard, including those serving at our Joint Base (McGuire-Dix-Lakehurst), this pay is important; it puts food on the table and pays bills,” Kim said. “I'm proud to work with this great bipartisan group to introduce this bill and look forward to getting this done for our men and women in uniform.”

In addition to Kim, the House bill is co-sponsored by Democrats Tim Ryan, of Ohio, and Elissa Slotkin, of Michigan, and Republicans Tom Cole, of Oklahoma, Steven Palazzo, of Mississippi and Trent Kelly, of Mississippi.

A companion measure in the Senate has also been introduced by U.S. Sens. Joe Manchin of West Virginia, Kevin Cramer of North Dakota and Tammy Duckworth of Illinois.

Because the bill has bipartisan co-sponsors, it's believed to have a substantially better chance of becoming law during the current divided Congress. Kim and Slotkin also serve on the House Armed Services Committee, which oversees military policy and spending, and could seek to insert language from the bill into this year's National Defense Authorization Act, an annual must-pass measure that sets defense policy for the year.

“Given hazardous duty in of itself does not distinguish between active-duty, Guard or Reserve component members, I believe there should not be a distinction in hazard pay among component members,” said retired LTC McKinley Williams, first vice president of the Reserve Officers Association's New Jersey Department.

In addition to hazard pay parity, federal lawmakers have also started looking at differences in benefits between active-duty service members and those in the Reserve components, including Post-9/11 GI Bill education benefits that can pay for college tuition and expenses.

Oftentimes, members of the Reserves and Guard have difficulty qualifying for the key education benefit because their training time and assignments are not classified as active-duty.