A former Marine infantry officer recounts a frantic and bloody scene after a group of Afghan security forces were attacked. … Continued 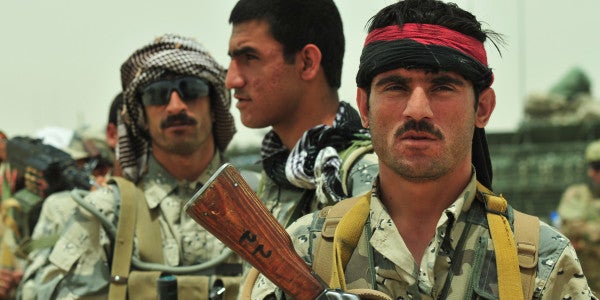 A former Marine infantry officer recounts a frantic and bloody scene after a group of Afghan security forces were attacked. Nearing the end of the war, the graphic account is juxtaposed with the Marines’ banal day-to-day. Power point presentations bleed in and out of focus as the author puts pressure on wounds or literally helps keep a man’s intestines in place.

Though wrapped in gory detail the story cuts deeply for a different reason. The war is nearly over and people are still dying. Criticism of the Afghan military and police force are placed alongside the author’s account of their bravery and suffering. The Afghan soldiers and police will continue fighting, but there is a sense of powerlessness as the remaining Americans are forced to sit inside the wire reading emails instead of patrolling.