Here’s why the Russian military has so many serious accidents

While every military has accidents, the Russian military appears to be more accident-prone than other great powers. 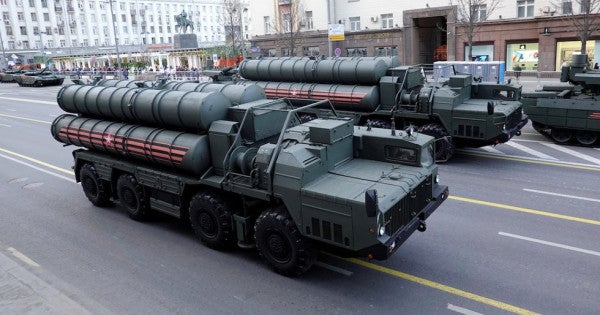 While every military has accidents, the Russian military appears to be more accident-prone than other great powers.

“There's a tendency for accidents to happen in Russia,” Jeffrey Edmonds, a Russia expert at CNA, told INSIDER.

Edmonds, a former CIA analyst and member of the National Security Council, said that the problem appears to be that Russia often combines a willingness to take risks with an outdated military infrastructure that simply can't support that culture, creating an environment where accidents are more likely.

Fourteen Russian sailors died on July 1 when fire broke out aboard a submarine thought to be the Losharik, a deep-diving vessel believed to have been built to gather intelligence as well as possibly destroy or tap into undersea cables.

These are just a few of a
number of deadly submarine accidents since the turn of the century.

“The aging Russian navy (and the predecessor Soviet Navy) in general has had a far higher number of operational accidents than any other 'major' fleet,” A.D. Baker, a former naval intelligence officer, previously told INSIDER.

The Russian navy
lost its only aircraft carrier, the Admiral Kuznetsov, last fall when a heavy crane punched a large hole in it, and the only dry dock suitable for carrying out the necessary repairs and maintenance on a ship of that size sank due to a sudden power failure.

Even when it was deployed, the Kuznetsov was routinely followed around by tug boats in expectation of an accident.

Accidents are by no means limited to the Russian navy. An ammunition depot housing tens of thousands of artillery shells at a military base in Siberia exploded on Monday, killing one and wounding over a dozen people. Then, on Thursday, a missile engine at a military test site in northern Russia unexpectedly exploded, killing two and injuring another six.

Russia also experiences aircraft accidents and other incidents common to other militaries, the US included.

At the same time, though, “there is a culture of aggressiveness and risk-taking,” Edmonds added, pointing to some of the close calls the Russian military has had while executing dangerous maneuvers in the air and at sea in close proximity to the US military.

“There is a culture of risk-taking in the Russian military that you don't have in the United States,” he explained. “You would never allow a US pilot to do a low flyover of a Russian ship. The pilot would immediately have his career ended.”