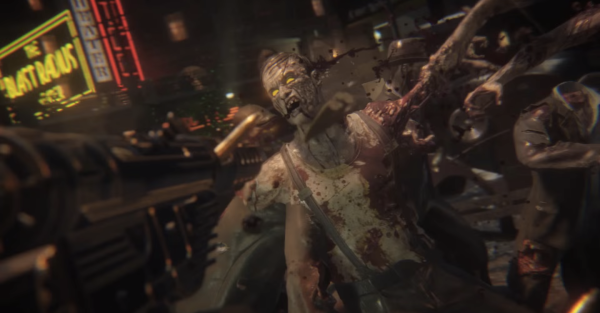 This storied first-person shooter franchise is offering a chance to be a part of video game history.

Activation Blizzard, in partnership with Omaze, is holding a donation contest for a chance to be scanned in as a zombie and get your name in a future Call of Duty: Black Ops III’s Zombies downloadable content pack. The winner will also have the opportunity to visit the developers of Black Ops III, Treyarch Studios, sitting down to lunch with studio head Mark Lamia and members of his team. Donations will benefit the Call of Duty Endowment, Activision Blizzard’s venture philanthropy effort to fund charities that are most effective at veteran job placement.

Treyarch’s Zombies mode initially started as an Easter Egg unlock in 2008’s Call of Duty: World At War — and it almost didn’t make it into the game. It proved to be wildly popular, and launched several downloadable Zombies experiences, which has spawned a hardcore, loyal following.

The co-operative game mode has become a staple of Treyarch’s Call of Duty titles, appearing in the previous two entries in the Black Ops series.

The Zombies mode has always featured over-the-top characters, as well as famed Hollywood voice talent and Black Ops III will be no different. In its recent “Shadows of Evil” trailer, Treyarch unveiled it’s noir-infused vision for Zombies, along with the voice cast of Jeff Goldblum, Heather Graham, Neal McDonough, and Ron Perlman.

In addition to the chance to be virtually zombied in Blacks Ops III, there are many other rewards for different donation levels. For more information and instructions on how to enter, visit the Omaze page.