Johnny Bobbitt Jr. was sentenced Friday to five years special drug court probation and ordered to enroll in a drug rehabilitation program after admitting to his role in a $402,706 GoFundMe scam that solicited funds from more than 14,000 donors across the country 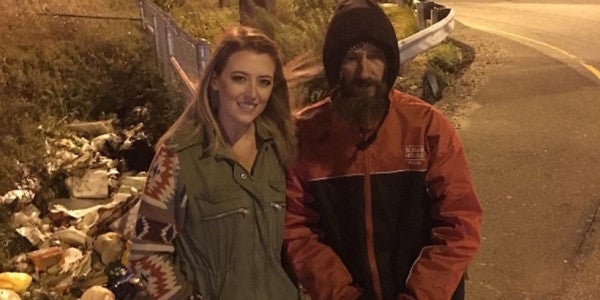 Johnny Bobbitt Jr. was sentenced Friday to five years special drug court probation and ordered to enroll in a drug rehabilitation program after admitting to his role in a $402,706 GoFundMe scam that solicited funds from more than 14,000 donors across the country with a fraudulent “Good Samaritan” story.

During a 15-minute hearing in Superior Court in Mount Holly, N.J., Bobbitt, 36, made no remarks to the judge other than “No, Sir,” when asked if he had anything to say. Other than his lawyers, no one appeared in court to speak on his behalf.

Bobbitt pleaded guilty last month to a charge of conspiracy to commit theft by deception. His co-defendants, Mark D'Amico and Kate McClure, have also been charged by the Burlington County, N.J., prosecutor and are awaiting a hearing.

Under the terms of his sentencing in drug court, he will have to testify against D'Amico and McClure and cooperate with state authorities. He also will be required to enroll in a live-in drug rehabilitation facility that will allow him to avoid prison if he remains drug-free. If he fails to complete the program, which offers intensive court-monitored treatment, he would be have to serve five years in prison, including 18 months without parole.

State Superior Court Judge Christopher J. Garrenger said the sentence was appropriate because the fraud “represents a breach of public trust.” He also said there is a need to deter others from participating in conspiracies to defraud donors.

But the judge also said that Bobbitt has significant drug addiction and that he is “particularly likely to respond to treatment.” Garrenger wished Bobbitt success with the program and warned he would go to prison if he doesn't follow the rule

In 2017, prosecutors say, Bobbitt, then homeless, conspired with D'Amico and McClure to create a false narrative that he used his last $20 to help McClure when she ran out of a gas on a winter night on an I-95 off-ramp in Philadelphia. McClure and her then-boyfriend, D'Amico, started a GoFundMe campaign that promised to raise money to get Bobbitt off the street.

The campaign went viral, and Bobbitt appeared with the couple on national television to spread their story. As donations poured in, prosecutors say, McClure and D'Amico spent the bulk of the money on vacations, casino excursions, a BMW and luxury goods. They bought Bobbitt a camper, and he lived in it for a time on a property McClure's family owned in Florence Township. They also gave him about $25,000, some of which he spent on drugs, prosecutors said.

Bobbitt also pleaded guilty to a single count of conspiracy to commit money laundering in federal court in Camden, N.J., last month. He faces six to 30 months in federal prison. U.S. District Judge Jerome Simandle agreed to postpone sentencing on the federal charges until he completes the drug program.

McClure, 28, also pleaded guilty in federal court to one count of conspiracy to commit wire fraud. She faces up to 33 months in prison when she is sentenced on June 19. She also faces conspiracy to theft by deception charges filed by Burlington County prosecutors. That case is pending.

D'Amico, 39, faces the same criminal charges in the pending Burlington County case. Matt Reilly, a spokesman for the U.S. attorney in New Jersey, said he could not “confirm or deny” that his office is investigating D'Amico.