The Saga Of That Homeless Vet’s $400,000 GoFundMe May Have Been One Giant Hoax

MOUNT HOLLY, NEW JERSEY — A couple conspired with a homeless man on a story about him offering the last... 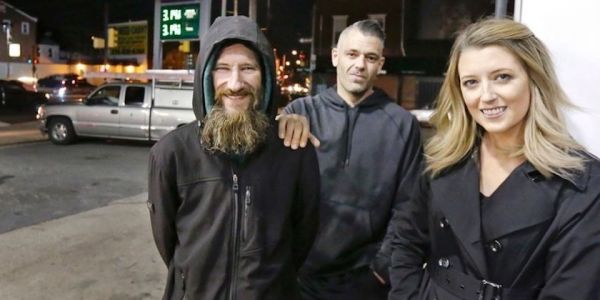 MOUNT HOLLY, NEW JERSEY — A couple conspired with a homeless man on a story about him offering the last of his money when the woman’s car ran out of gas and then set up a fraudulent GoFundMe account to scam sympathizers, according to a report Wednesday.

According to NBC Philadelphia, a source familiar with the case says Mark D’Amico, his girlfriend, Kate McClure, and Johnny Bobbitt will face charges that include conspiracy and theft by deception.

The story of D’Amico, McClure and Bobbitt went viral in November 2017, according to nj.com. McClure said she ran out of gas in Philadelphia when she encountered Bobbitt, who gave her his final $20 so she could fill the tank of her vehicle.

The couple then started a GoFundMe campaign to raise money for Bobbitt. It drew more than $400,000 in donations.

In September, Bobbitt sued the couple, accusing them of withholding money from him and instead spending it on themselves. Bobbitt’s lawyer says his client received about $75,000.

D’Amico and McClure said they were rationing the money to keep Bobbitt from using it on “something stupid.”

Bobbitt lived for a short time on the couple’s property in a camper purchased for him but later was told to leave and became homeless again. He admitted he still struggled with drug addiction in April but now says he’s clean, the Courier Post reports.

Prosecutors have been focusing on D’Amico and McClure and their home in Florence, N.J., was raided in September, nj.com reports. A new BMW, jewelry and cash were seized in the raid, according to NBC Philadelphia.

The money raised reportedly is all gone although it’s unclear where it went.