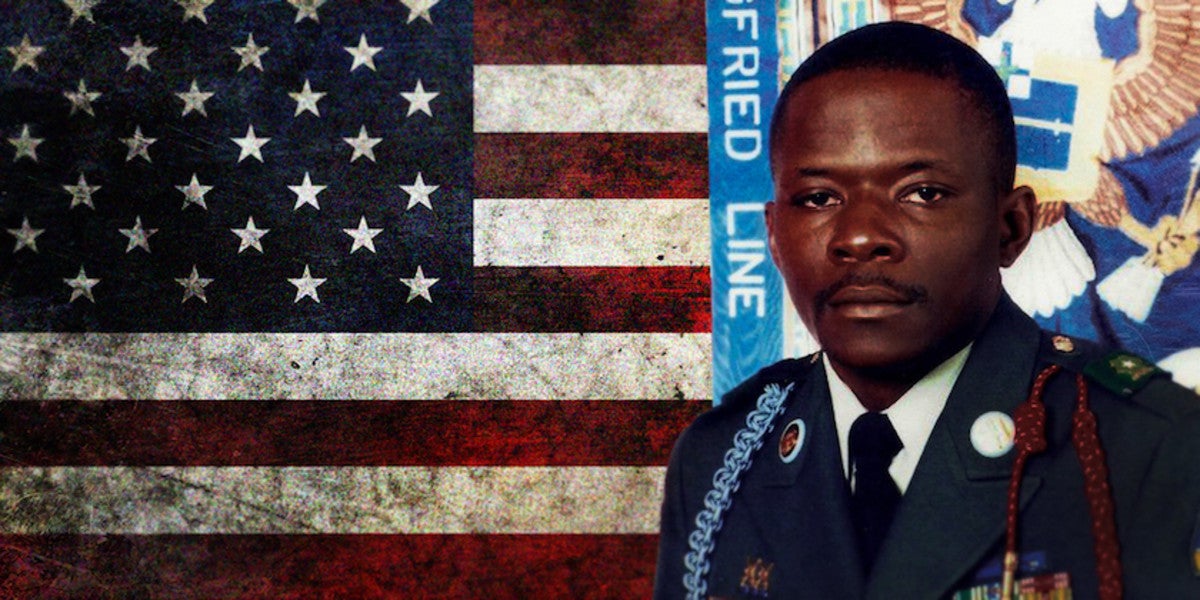 Lawmakers in the House of Representatives unanimously passed legislation that would allow President Donald Trump to upgrade the Silver Star of Army Sgt. 1st Class Alwyn Cashe to the Medal of Honor, solidifying a step forward in the push to recognize Cashe for his heroic actions in 2005.

The House bill that passed on Tuesday waives the requirement that a service member receive the Medal of Honor within five years of their bravery so that Cashe's award can be upgraded, Military Times reports; language calling for the Medal of Honor was also included in the national defense authorization act this summer.

Rep. Stephanie Murphy (D-Fla.), who introduced the legislation that passed on Tuesday, said Cashe is “a hero in the purest and most profound sense,” according to Stars and Stripes.

“What he did on that Iraq battlefield really takes your breath away,” she said.

Cashe, 35, was on his second deployment to Iraq in October 2005 when his Bradley Fighting Vehicle hit an improvised explosive device. The explosion soaked Cashe in fuel, according to his Silver Star citation; when the Bradley finally stopped rolling, it “immediately erupted in flames.”

Despite Cashe being injured from the explosion, and drenched in fuel, he went back to the burning vehicle three times to save other soldiers inside the wreckage.

“Without regard for his personal safety, Sergeant First Class Cashe rushed to the back of the vehicle, reaching into the hot flames and started pulling out his soldiers. The flames gripped his fuel soaked uniform,” the citation reads. “Flames quickly spread all over his body. Despite the terrible pain, Sergeant First Class Cashe placed the injured soldier on the ground and returned to the burning vehicle to retrieve another burning soldier; all the while, he was still on fire.”

Cashe saved six soldiers that day, despite 72% of his body being covered in 2nd and 3rd degree burns. He died on Nov. 8, 2005, at Brooke Army Medical Center in San Antonio.

In August, Defense Secretary Mark Esper threw his support behind the effort to upgrade Cashe's Silver Star, telling lawmakers in a letter that he believed “SFC Cashe’s actions merit award of the Medal of Honor.”

The bill will now move on to the Senate. According to Military Times, Murphy said that while she isn't aware of any opposition to it, she also hasn't gotten any firm commitments on a vote.

“What's undeniable is that Alwyn Cashe is an American hero who did incredibly brave things and who deserves the Medal of Honor,” Murphy said, per Stars and Stripes. “One way or the other, we're going to get this done.”