The House voted to direct President Donald Trump to withdraw U.S. forces from the Saudi-led conflict in Yemen as part of an effort to step up oversight of foreign policy 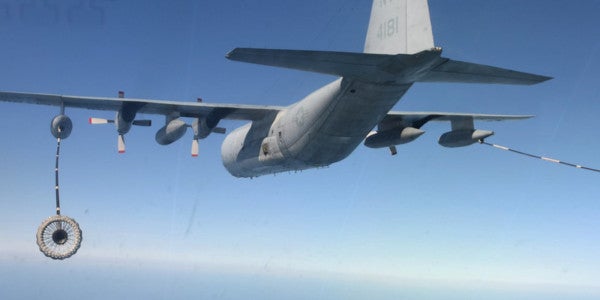 WASHINGTON — The House voted to direct President Donald Trump to withdraw U.S. forces from the Saudi-led conflict in Yemen as part of an effort to step up oversight of foreign policy following lawmakers' criticism of the president's moves on Saudi Arabia, Syria and Afghanistan.

The resolution, passed Wednesday on a 248-177 vote, would require the president to remove U.S. armed forces from hostilities “in or affecting” Yemen within 30 days of enactment unless authorized by Congress. The Republican-controlled Senate passed a similar measure late last year following the killing of columnist Jamal Khashoggi at the Saudi Consulate in Istanbul.

Sen. Chris Murphy, a Connecticut Democrat and member of the Foreign Relations Committee, predicted Tuesday that the House measure will also pass the Senate and head to the president's desk. The administration has said Trump will veto it. The administration said Monday that the U.S. has provided limited support to Saudi-led forces but hasn't been involved in hostilities.

The House effort is separate from a more comprehensive proposal offered by a bipartisan group of senators last week. That legislation calls for new sanctions and would prohibit some arms sales to Saudi Arabia, the largest purchaser of U.S. weapons.

House Rules Committee Chairman Jim McGovern, a Massachusetts Democrat, said the intention is to keep pressure on the administration.

The House was under Republican control last year and didn't take up the Senate-passed Yemen resolution. The new measure was introduced by California Democrat Ro Khanna, who said in a statement, “More than 14 million Yemenis — half the country — are on the brink of famine, and at least 85,000 children have already died from hunger and disease as a result of the war.”

Trump's moves in the Middle East have been criticized by Democrats and a number of Republicans. Some prominent Senate Republicans, including Majority Leader Mitch McConnell, have expressed reservations about the president's statement that he would begin withdrawing troops from Syria and Afghanistan.

Last week, a few hours before Trump delivered his State of the Union address, the Senate voted overwhelmingly to require the president to impose new sanctions on entities doing business with the government of Syrian President Bashar Assad. The legislation included an amendment sponsored by McConnell that urges Trump not to exit the military conflicts in Syria and Afghanistan.

In addition, Sen. Bob Menendez of New Jersey, the top Democrat on the Foreign Relations Committee, said the Trump administration missed a Feb. 8 deadline to respond to senators' request to determine whether Saudi Crown Prince Mohammed bin Salman was responsible for the murder of Khashoggi. A measure known as the Magnitsky Act allows senators to seek such a determination.

Republican Sen. Jim Risch of Idaho, the chairman of the Foreign Relations Committee, told reporters Tuesday that the administration did meet the deadline with a response from Secretary of State Mike Pompeo. “Briefings are going to continue; this is a work in progress,” Risch said.

“I personally believe that it's clear that the crown prince either ordered the murder of Mr. Khashoggi or, at a minimum, agreed to it and was involved in it,” said GOP Sen. Marco Rubio of Florida.

Before passing the Yemen resolution, House members voted 424-0 to add a Republican-sponsored amendment opposing anti-Semitism, an implied rebuke of freshman Rep. Ilhan Omar, a Minnesota Democrat. She apologized this week under pressure from Speaker Nancy Pelosi for making comments viewed as anti-Semitic. Omar voted for the amendment.