House lawmakers on Monday unanimously passed a host of changes to veterans’ education benefits that aim to boost aid, expand... 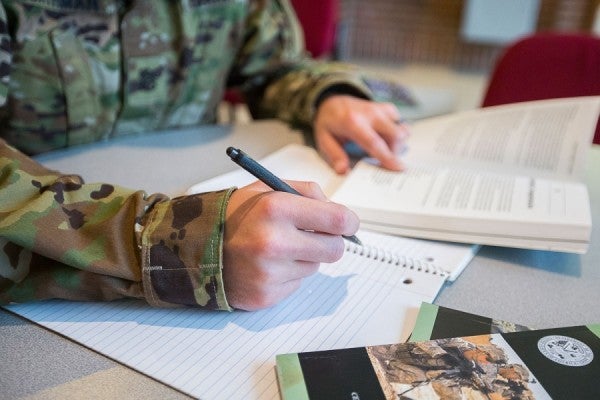 House lawmakers on Monday unanimously passed a host of changes to veterans’ education benefits that aim to boost aid, expand who’s eligible for benefits and eliminate the expiration date for veterans to use them.

“In the time I’ve had the privilege of representing southwestern Minnesota, I’m not sure there’s been a day I’ve felt more of that pride than here today,” Walz said. “This is a real historic piece of work. It is hard to get historic legislation like this done.”

The legislation eliminates the 15-year limit afforded veterans to use their education benefits after leaving military service. It also restores benefits to veterans whose schools abruptly close and boosts aid for dependents, Purple Heart recipients, technical education and members of the National Guard and Reserve. The bill also fixes a Pentagon deployment authorization that has kept about 5,000 reservists and guardsmen from accumulating education benefits. Altogether, it combines 18 bills and is expected to increase GI Bill costs by $3 billion in 10 years.

To offset costs, the legislation calls for decreasing living stipends to GI Bill recipients to fall in line with active-duty servicemembers' basic housing allowance. The change would not apply to people now using the GI Bill.

The GI Bill expansion was introduced July 13 and was the subject of a committee hearing July 17. The House Veterans’ Affairs Committee unanimously decided July 19 to send it to the House floor for a vote.

The legislation was put together by lawmakers during the last several weeks. Negotiations were reignited by a group of veterans organizations, led by Student Veterans of America, following a rift between organizations in April about how to pay for the GI Bill expansion. Walz said it was almost a “death knell” for the bill.

With the new proposal on how to pay for the expanded benefits, veterans organizations encouraged lawmakers to pass the bill before leaving for their August recess.

“Without a doubt, we would not be in the chamber today on the verge of this historic moment without their efforts,” Roe said of the organizations. “This is a strong bill that would help thousands of student veterans for the rest of their lives.”

The legislation also appears poised for quick passage in the Senate.

The Senate Veterans’ Affairs Committee will vote on the legislation Wednesday and won’t consider any amendments, committee staff said. If the committee approves the bill, it would then have to be scheduled for a vote on the Senate floor.