Last Christmas, as North Texas families and friends celebrated into the night, Bryan Keith Miller drove to a warehouse area southeast of Fort Worth with five pipe bombs in his car, federal court records say 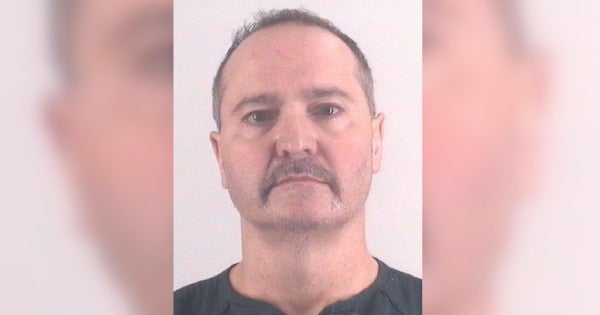 Last Christmas, as North Texas families and friends celebrated into the night, Bryan Keith Miller drove to a warehouse area southeast of Fort Worth with five pipe bombs in his car, federal court records say.

When arrested, he was wearing a military jacket and sniper patch that looked bogus, according to state and federal court records.

What Miller, 54, had planned that night is not clear. He asked for a lawyer after a few questions and was arrested on the spot. On Monday, a federal judge in Fort Worth sentenced him to 46 months in prison for possessing a “destructive device.” Miller had faced up to 10 years in prison. He pleaded guilty to the single count in August and received credit for accepting responsibility for his crime.

Miller also faces state charges in Tarrant County related to distributing methamphetamine and having an “improvised explosive device.” U.S. District Judge Reed O'Connor ruled that Miller's federal sentence will run concurrent with any prison time he might get in those cases.

Miller's attorney could not immediately be reached for comment.

Kennedale police on Dec. 26, 2018, received a 911 call at 12:25 a.m. about a suspected burglary of a machine shop at the 200 block of Valley Lane in Kennedale. The caller reported seeing three people around Miller's car who appeared to be breaking into the business.

Two officers, both of whom had served in the U.S. Marine Corps, responded and found only Miller, who was standing outside his Dodge Charger, which had an Oklahoma license plate. Miller was wearing a “military-style jacket with a decorative sniper patch” on his right sleeve. He told one of the officers that he was there to meet the business owner, a family friend who would arrive for work in the morning. Miller said he'd been there since 11 p.m. Christmas night.

Police called the owner, who told them he knew Miller but had no idea why he was there. The owner, William Petersen, also said Miller told him he was “some kind of contract killer for the government.”

When reached Monday at his business, Petersen said Miller had shown up at his shop without notice before the incident. Miller was carrying a handgun and acting strange, he said.

“He just showed up. I hadn't seen him in 20 years,” said Petersen, an old friend of Miller's father. “Everything he told me seemed so far-fetched … he said he'd been in the military. I'd been in military and you could tell he wasn't telling the truth.”

Miller talked about trying to help some women overseas and wanted to send them money, Petersen said.

“I had uneasy feeling about it,” he said about the visit.

Court records say Miller told officers he had come from Oklahoma to visit friends and family but hadn't told them he was coming.

One of the officers asked Miller what he did for the Marines and he responded that he was a scout sniper. He said he was “later attached to a special unit,” but neither officer had ever heard of the unit, court records show.

The backseat of the Charger was full of backpacks and luggage. Officers could see what they believed to be methamphetamine in the car and searched it, court records say.

In the trunk, they found the PVC pipe bombs, some of which contained nails and steel pellets, according to records. Officers also found 32 grams of methamphetamine, baggies, two digital scales and other drug paraphernalia, court records show.

Miller said the bombs were for “removing tree stumps.” When asked who made them, Miller stopped talking and asked for a lawyer, records show.

It was unclear from court records whether Miller ever served in the military.

The two responding officers “discussed irregularities with the military jacket Miller had been wearing, indicating they did not believe the jacket to be authentic,” said Assistant U.S. Attorney Robert Boudreau in a court filing.