The head of U.S. Transportation Command offered a sneak preview Wednesday of the results of a Defense Department test of particulate spread on commercial aircraft — and they are surprising 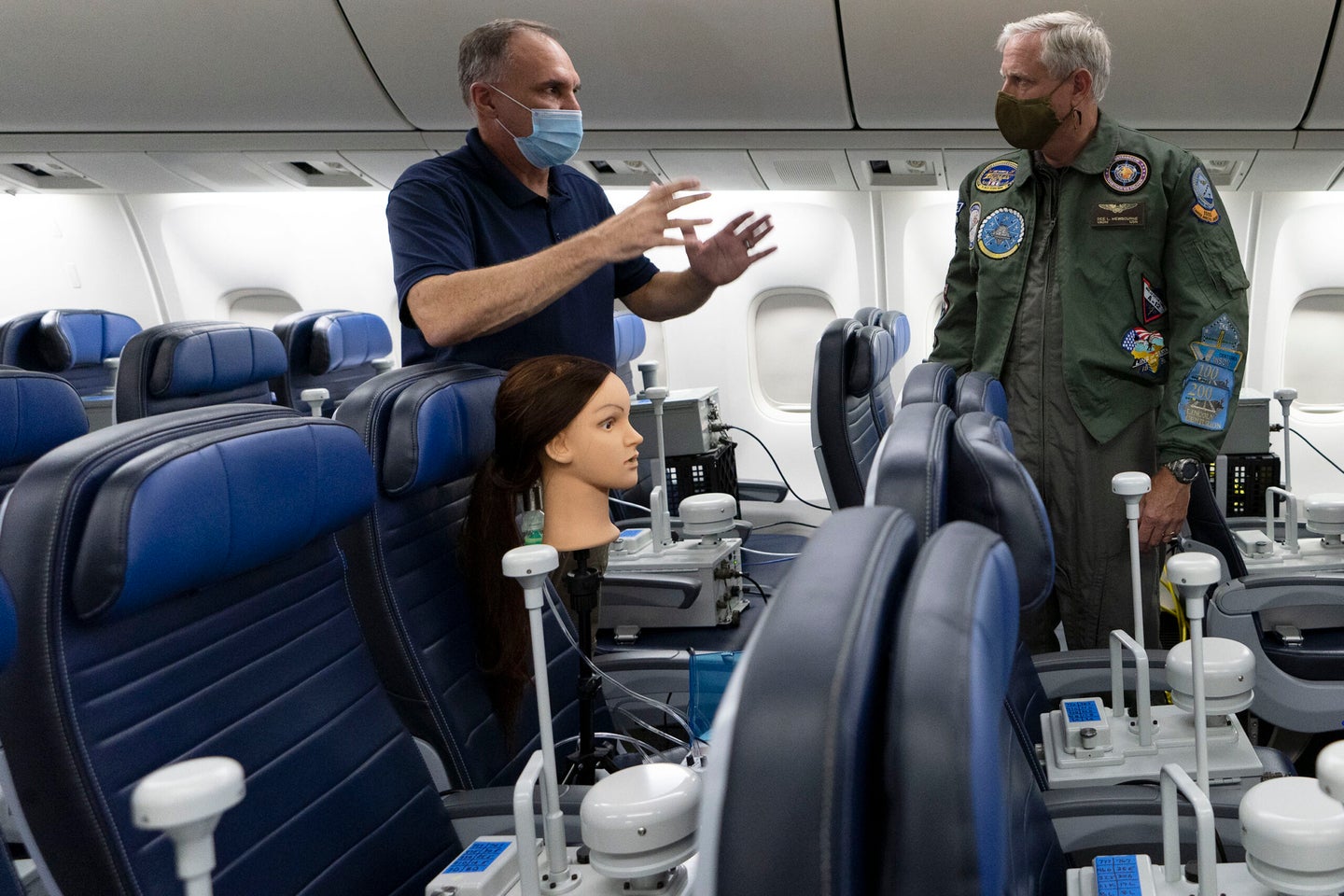 The head of U.S. Transportation Command offered a sneak preview Wednesday of the results of a Defense Department test of particulate spread on commercial aircraft — and they are surprising.

“[The test] was an initiative initiated by TRANSCOM and supported by the Air Force and the test community to determine whether it’s safe to fly on commercial airliners,” Lyons said Wednesday. “And I have to tell you, their results, as were the results when we looked at this from the COVID patient movement challenge, are very, very encouraging.”

There are some qualifiers, Lyons noted. The conditions that yielded positive results, he said, involved aircraft with HEPA filtration and “a very, very high air exchange rate of every two to five minutes or two to three minutes.”

But under those conditions, he indicated, particle spread rates were even lower than in a conventional indoor setting.

“In fact, I would tell you that in my observations, and I’ve flown commercially since the pandemic started, being on a commercial airplane with HEPA filtration is probably one of the safest places that you can be,” Lyons said. “And those test reports will be out very, very soon.”

According to a September Defense Department test, TRANSCOM undertook this research in order to determine the safety of DoD-contracted Patriot Express, or commercial charter flights, used to transport military family members and others on official duty. The tests were conducted on a 767 and 777, officials said, because those are the aircraft most typically used for these flights.

According to the release, fluorescent tracer particles meant to simulate viral particles were released at rates of 2 to 4 minutes, both in the air and on the ground. Mannequins representing passengers were positioned throughout the aircraft, some wearing masks and some without.

Lyons did not offer details in his address about any differences in test outcome for masked and nonmasked passengers, whether position in the aircraft made a difference or what specific scenario outcomes showed.

According to the release, test results were due to TRANSCOM in September and then set to be reported to the Defense Department’s COVID-19 task force.

The Defense Department, which shut down most “Space-A” passenger travel at the start of the pandemic in March, cautiously restarted flights in May with extensive restrictions, including mask-wearing and 14-day quarantine upon arrival. Once released, the full results of the test could change procedures for passenger transport.

“This data collected will eventually inform the Department of Defense on contact tracing requirements needed for specific aircraft,” Pope said in the September release. “It will also be used to develop strategies like cabin loading and seating configurations to mitigate potential risk of inter-person transmission of the aerosol particles.”

In addition, he said, the tests could help determine who needs to self-quarantine if it’s discovered a passenger on their aircraft tested positive for COVID-19.

“It could be the difference between the whole aircraft isolating compared to one person,” Pope said.