During his 16 years as the host of Comedy Central’s “The Daily Show,” Jon Stewart has provided satirical news coverage... 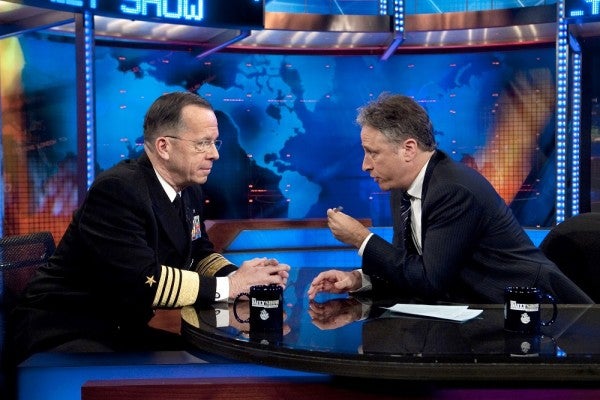 During his 16 years as the host of Comedy Central’s “The Daily Show,” Jon Stewart has provided satirical news coverage of everything from domestic policy to the wars in Iraq and Afghanistan. However, it’s his frustration-fueled rants against scandals at the Department of Veterans Affairs that has endeared him to many veterans.

“I don't think there's a person in the media who's done more to elevate veterans' issues, and to push for policy change,” said Paul Rieckhoff, head of Iraq and Afghanistan Veterans of America, reports Army Times. “There's a lot of kind of empty clapping going on, but actually understanding the nuance of policy … things that matter, Jon Stewart's been in a league of his own. And I guess the best example I would give is the [VA] backlog.”

In 2013, Stewart received the IAVA’s Civilian Service Award for his work in the wake of the VA backlog scandal, which also topped the Rolling Stones list of “Jon Stewart's 10 Favorite ‘Daily Show’ Targets.”

“The least we can do is keep the promises we made to the individuals who have given so much, and I will continue to be an annoyance to the people who do not do that,” said Stewart after receiving the IAVA award.

As Stewart steps down from his role as the most trusted man in fake news, hopefully his legacy of humor-laced criticism in the face of bureaucracy and scandal will endure.