How Veterans Are Using Fiction To Tell The Truth Of War

After 14 years of fighting, veterans of the wars in Iraq and Afghanistan are turning to fiction as a way … Continued 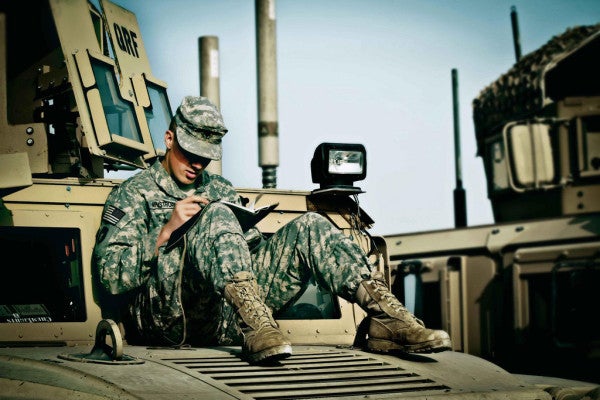 After 14 years of fighting, veterans of the wars in Iraq and Afghanistan are turning to fiction as a way to share their war stories. Doyle McManus of the Los Angeles Times lists several military authors, and some civilians, who are able to depict war more honestly with lies than with truth.

In “The Yellow Birds” Army veteran Kevin Powers describes combat as a intense combination of adrenaline, chaos, and confusion: “We heard bullets, sounds like small rips in the air, reports of rifles from somewhere we couldn't see. I was struck by a kind of lethargy, in awe of the decisiveness of every single attenuated moment.”

In Phil Klay’s “Redeployment,” the Marine veteran inserts a Navy chaplain into the story to better address the moral ambiguity of war: “I see mostly normal men, trying to do good, beaten down by horror, by their inability to quell their own rages.”