A 26-year-old Marine veteran suffering from PTSD after serving in Iraq died in front of his family when a Wichita... 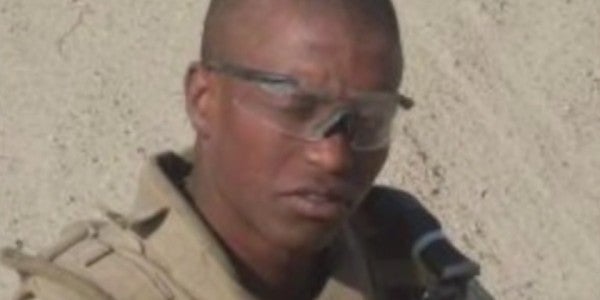 A 26-year-old Marine veteran suffering from PTSD after serving in Iraq died in front of his family when a Wichita police officer shot him on the Fourth of July. That was more than three years ago.

On Nov. 16, the city went to court trying to dismiss the lawsuit filed by the estate of Icarus Randolph. Before the family sued, they filed a notice with the city that they were seeking $5 million.

It’s a complicated, heavily fought case. Since the lawsuit was filed more than two years ago, more than 700 documents – some of them hundreds of pages long – have been filed in the case.

A central question is whether the shooting was reasonable. The city maintains it was. The Randolph family argues that one officer in particular escalated the tension.

Sedgwick County District Court Judge Bruce Brown said he expects to give his decision on Nov. 29.

Officer Ryan Snyder – responding to a 911 call from Randolph’s family on July 4, 2014 – shot Randolph as his mother, sisters and other relatives watched in the small front yard of the family home in south Wichita.

Family members say in court documents that they are suffering from PTSD as a result of seeing their loved one killed by the officer.

They claim that under the policy, the officers should have removed the family members from the front yard. But instead, they say, Snyder folded his arms and argued with the family, provoking Randolph to come out of the house because he apparently thought his relatives were in danger.

Although Randolph had a knife in hand, “he was not using it in any way that would threaten a reasonable man,” the family argues in a court document.

It was Officer Snyder who stepped into the path of the mentally ill man, causing the situation to escalate, attorney John Kitchens argued before the judge on Thursday. Snyder discharged his Taser stun gun at Randolph, causing Randolph’s muscles to react, and Randolph was falling forward from inertia – still reacting to the Taser jolt as Snyder fired his handgun, Kitchens said.

Kitchens contrasted Snyder’s actions that July the Fourth with the behavior of another Wichita police officer who came out to Randolph’s home during an earlier mental health crisis. That officer successfully communicated that he wanted to help Randolph and assisted in getting Randolph strapped into a gurney and taken by ambulance for treatment, Kitchens said.

Attorneys for the city argue in their motion that the lawsuit should be dismissed on multiple grounds, including that Snyder’s tasing and shooting of Randolph was “objectively reasonable,” that Snyder fired the fatal shots at Randolph “when he aggressively approached … with a knife.”

One of the attorney’s representing the city, Samuel Green, told Judge Brown on Thursday that Snyder had to act “on the fly in a quickly evolving situation.”

The officer waited until Randolph was within a few steps before he used his Taser, then realized Randolph had a knife and thought he was going to be stabbed when he fired, Green said.

“That’s enough for self defense,” Green said. “In this case, he waited until he saw a knife.”

In defending the officers, Green said there was “nothing in this case that’s remotely close to recklessness.”

According to a narrative cited by the city, Randolph’s mother, Beverly Allen, called 911 at 1:08 p.m. and asked for EMS to take her son to a hospital. She told a dispatcher that he was mentally ill and had PTSD.

“Beverly initially told dispatch that Randolph had a knife, but when she thought about it again she retracted the statement because she ‘didn’t want them to come out with a lot of force and hurt her son,” the narrative says. The dispatcher told her that they would have to send an officer, not just an ambulance.

Snyder, who had 40 hours of Crisis Intervention Team training, was dispatched at 1:09 p.m.

According to records, Allen said that her son told her he was “going to unleash the beast,” that he was a veteran, that he had an unknown object in his hand and was alone inside listening to music, that Allen and her daughter were outside, that there were no injuries.

The officers met the family in the front yard “and began trying to figure out what was going on,” the city’s motion says.

After hearing that Randolph didn’t want to go to the hospital, Snyder said they couldn’t force him, the city’s narrative says. When the officers asked if he had threatened himself or others, they were told that he hadn’t threatened anyone, wasn’t violent and hadn’t committed a crime, it says.

Randolph’s sister, Ida Allen, repeatedly asked for a supervisor, but Snyder responded that he and the officer “were more than capable of handling the situation,” the narrative says. Snyder felt that the family was upset because they wanted “a quick solution” and didn’t understand the process the officers had to follow.

“Ida (the sister) does not think anyone was yelling, but everyone’s voices were raised a bit,” the document says.

Suddenly, Randolph began yelling in the house. The officers heard a loud bang and thumps from inside.

Randolph “threw open the door” at the garage” and kicked the screen out, and he came out “bringing the screen and frame with him.”

He “turned and walked … straight towards Officer Snyder,” the city’s narrative says.

Randolph burst out of the house 13 minutes after Officer Brown arrived.

According to Brown, “Randolph was growling, had his fists clenched” and was in a “speed walk at” Snyder.

“Snyder thought Randolph made eye contact with him as he came out of the house.”

A neighbor noticed Randolph holding a knife, with a lock-blade estimated to be 4 to 5 inches, down at his side.

“Several family members were telling Randolph ‘stop’ and to go back into the house, but he was not acknowledging them.”

Officer Brown saw Snyder “trying to give Randolph extra space by backing away,” the narrative says.

When Snyder discharged his Taser while backing up, Randolph was 7 to 10 feet from Snyder, Brown estimated.

Randolph didn’t react to the Taser, the city’s narrative says.

“Snyder first saw the knife in Randolph’s hand when Randolph raised the knife as soon as Snyder had deployed the Taser,” it says.

“Snyder was certain after he saw the knife that Randolph was coming to stab him.”

The officer dropped his Taser and drew his handgun as he kept backing up.