ICE deported the husband of a US soldier killed in Afghanistan, then reversed the decision with no explanation

The husband of a fallen U.S. soldier was deported last week — leaving his 12-year-old daughter with her grandparents — and then quickly readmitted to the country on Monday without explanation 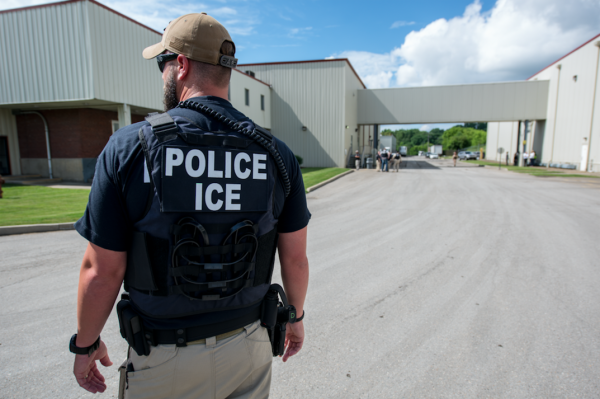 The husband of a fallen U.S. soldier was deported last week — leaving his 12-year-old daughter with her grandparents — and then quickly readmitted to the country on Monday without explanation.

In September 2010, Vieyra was killed in Afghanistan. She was 22 years old; the couple's daughter, a U.S. citizen, was three at the time.

Gonzalez Carranza was allowed to stay in the U.S. following Vieyra's death due to the “parole in place” policy, which makes individuals “eligible for parole in place in 1-year increments” if they are the spouse, widow(er), child, or parent of a U.S. service member, according to U.S. Citizenship and Immigration Services,

According to the Arizona Republic, Carranza's deportation proceedings were “terminated” by an immigration judge because of the parole in place, but ICE reopened the case last year with no clear explanation. He has no criminal record, his attorney Ezequiel Hernandez said.

Carranza was subsequently ordered deported in December 2018, but he claims he didn't know until ICE agents showed up at his door last Monday because ICE sent the paperwork to the wrong address, per the Arizona Republic.

Carranza's daughter stayed with her grandparents while her father was living in a shelter in Nogales, Mexico, per the Republic. He didn't tell her he had been deported “because he was afraid she would be further traumatized.”

Hernandez said he was notified on Monday that his client would be allowed back into the United States. Gonzalez Carranza was transported from the U.S.-Mexico border, to a Customs and Border Protection facility in Tucson, Arizona, and then to Phoenix where he was released.

ICE did not respond immediately to request for comment from Task & Purpose. Army spokeswoman Liz Chamberlain referred immigration questions to the Department of Homeland Security.

SEE ALSO: She Joined The Army To Serve Her Adoptive Country. Now She's Fighting For Citizenship