In Hunt For Warlord Joseph Kony, US Military Turns To Unsavory Partners

Five years into the hunt for African warlord Joseph Kony, U.S. special operations forces are closing in on their target,... 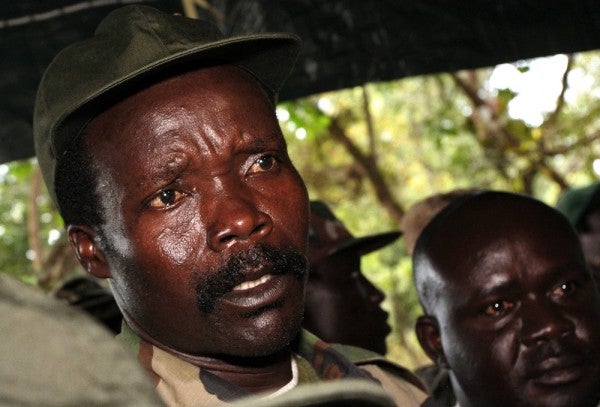 Five years into the hunt for African warlord Joseph Kony, U.S. special operations forces are closing in on their target, but the gains they made may have come at a price. The military is cooperating with a group of Muslim rebels known as Seleka, who toppled the Central African Republic’s government two years ago and plunged the country into sectarian war.

A military official, who spoke to The Washington Post on the condition of anonymity, said that the Seleka rebels “are playing us” and trying to curry favor with the U.S. military, while extorting local villagers and trading with Kony’s fighters.

The two groups are at odds as often as they are in cooperation with one another, but the decision to ally with Seleka came down to regional power, explained Lisa Dougan, president of Invisible Children, an advocacy group that drew international attention to the group’s atrocities three years ago.

“When you do a map of who has power in the area, they’re the ones. They have the guns,” said Dougan.

Roughly 100 U.S. military advisors are deployed as part of a joint effort across four countries to catch Kony, whose militia, the Lord’s Resistance Army, has raped, killed, and abducted tens of thousands of peoples over the last three decades.