For most Americans, the nation’s longest war has faded from the foreground, but the hundreds of children who lost parents … Continued 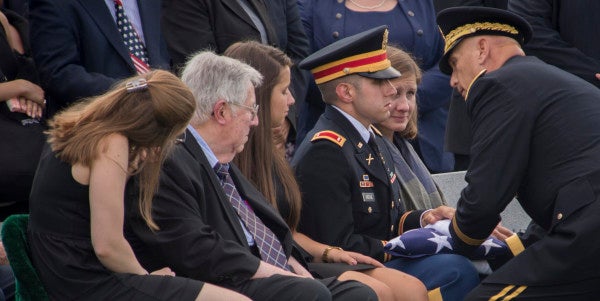 For most Americans, the nation’s longest war has faded from the foreground, but the hundreds of children who lost parents serving in support of Operation Enduring Freedom, they live the cost of war every day.

A new feature project from the Washington Post called “Children of the Fallen,” profiles 14 of those gold-star children — one for each year of the war. They range in ages from 6 to 34, despite enormous sociological differences, they’re bound by their sacrifice, having lost parents who died while serving in support of the mission in Afghanistan.

The project chronicles their struggles to overcome the loss of a parent through portraits, personal anecdotes, and interviews about their experiences.