Robert Gates, who ran the Department of Defense for both the Bush and Obama administrations is dropping a memoir, and... 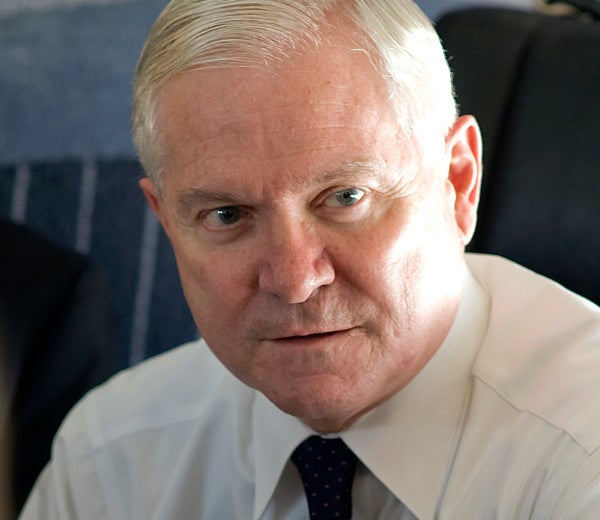 Robert Gates, who ran the Department of Defense for both the Bush and Obama administrations is dropping a memoir, and according to early reviews, he holds little back about how the war in Afghanistan was managed.

“Duty: Memoirs of a Secretary at War,” the first major tell-all from a Cabinet member in the Obama administration, will go on sale Jan. 14.

Here are five of the most memorable quotes:

1. On the culture of Obama's National Security Team:

“I was deeply uneasy with the Obama White House’s lack of appreciation — from the top down — of the uncertainties and unpredictability of war.”

“I think he has been wrong on nearly every major foreign policy and national security issue over the past four decades.”

3. On Obama’s thoughts on then-Commander of Coalition Forces in Afghanistan Gen. David Petraeus, Afghan President Hamid Karzai, and the strategy in Afghanistan:

“As I sat there, I thought: The president doesn’t trust his commander, can’t stand Karzai, doesn’t believe in his own strategy and doesn’t consider the war to be his.”

“One of the most courageous decisions I had ever witnessed in the White House.”

5. On being buried at the same area of Arlington National Cemetery as many of the veterans of Iraq and Afghanistan:

“The greatest honor possible would be to rest among my heroes for all eternity.”