At least 20 Indian soldiers were killed in a brutal border clash with Chinese troops on Monday evening, as accounts emerge that the troops fought hand-to-hand and with improvised weapons like metal batons wrapped in barbed wire 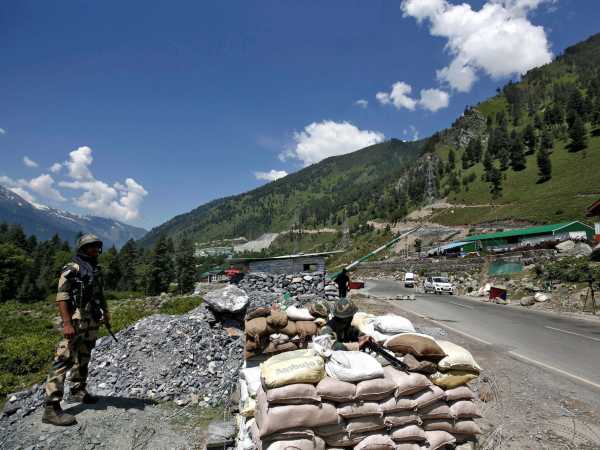 At least 20 Indian soldiers were killed in a brutal border clash with Chinese troops on Monday evening, as accounts emerge that the troops fought hand-to-hand and with improvised weapons like metal batons wrapped in barbed wire.

“They hit our boys on the head with metal batons wrapped in barbed wire. Our boys fought with bare hands,” a senior Indian military official who did not want to be named told BBC News. The officer said 300 Chinese troops, whom he described as “the Death Squad,” fought 55 Indian soldiers. China has not released figures on casualties, though Indian media has pushed unconfirmed reports that up to 40 Chinese troops were killed in the fight.

Another senior military official said that the Indian troops were beaten to death with clubs embedded with nails, the Wall Street Journal reported.

The clash occurred in the Himalayas in the Galwan Valley in the Ladakh region — the site of a long-running dispute between China and India, who both claim the territory as their own.

The fight took place on a narrow ridge, in the dark, roughly 14,000 feet above sea level, the Financial Times reported, and some of the Indian troops plunged into a ravine below during the clash.

“Even unarmed men who fled into the hillsides were hunted down and killed,” one Indian officer told News18. “The dead include men who jumped into the Galwan river in a desperate effort to escape.”

The fight involved hand-to-hand combat and improvised weapons because firearms are prohibited in the disputed territory based on protocols agreed to by both sides.

Zhao Lijian, a Chinese Foreign Ministry spokesman, said on Tuesday that Indian personnel crossed the border and attacked Chinese troops. Zhao did not say whether there were any injuries or fatalities.

“Indian troops seriously violated our consensus and twice crossed the border line for illegal activities and provoked and attacked Chinese personnel, which lead to serious physical conflict between the two sides,” he said, according to CNN.

Kashmir, which is home to 18 million people, is one of the most disputed territories in the world and has also been fought over by India and Pakistan since 1947. The region has been partitioned, with India controlling roughly 45% of it and Pakistan controlling 35%.

China also seized portions of the territory via a war with India in 1962 and controls roughly 20% of the region. The war ended with a tenuous truce and established a 2,100-mile-long unofficial border that divides the two nations known as the Line of Actual Control. The standoff escalated in recent weeks after a brawl between Chinese and Indian soldiers in the region in May at Pangong Lake.

Given India, China, and Pakistan are all nuclear powers, the ongoing tensions in Kashmir tend to raise nerves among global leaders — particularly when deadly violence erupts like Monday's high-altitude clash.

The conflict between India and China in the region had not led to any fatalities since 1975 up until Monday.

Both governments have been fairly restrained in their initial responses to the violence.

“India wants peace but if provoked it is capable of giving a befitting reply,” Indian Prime Minister Narendra Modi said in his first public remarks on the deadly incident.

“China again expresses strong protest to India and demands the Indian side launches a thorough investigation… and stop all provocative actions to ensure the same things do not happen again,” China's foreign minister, Wang Yi, said in a statement.

“Both sides should resolve the dispute through dialogue, and keep the border safe and tranquil,” Wang added.

China
himalayas
How The Other Half Fights
india
news