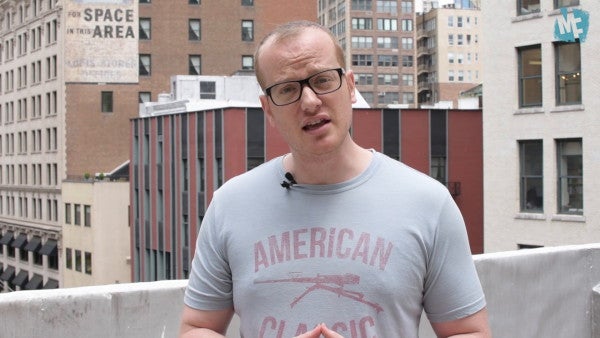 Instagram influencer Freddie Bentley said in an interview with “Good Morning Britain” Friday that kids should learn less about World War II. The 22-year-old said that he wishes he learned less about one of the most important events in human history while he was in school, saying “it's so intense.”

“I don't think it needs to be in such a young way to young children. Like, mentally. Mental health, to be told this certain amount of people died for you,” he said. “I just learned, as a child, it's so intense.”

FactsAreFacts!!!! My full GMB debate for those who have been jumping to the wrong conclusions!! Watch it in full before hiding behind your keyboard with abuse!!!! My point as per the interview is all about the right balance. I clearly state that I am not being disrespectful nor asking to stop teaching WW2 completely! My point is, it needs to be taught in moderation to promote mental health and focus on teaching young people real life skills and to prepare for current issues that are relevant to us such as how to get a mortgage, what are the real impact of Brexit and climate change for future generation! #GMB #mentalhealth #reallifeskills #standingupforbeterfuture Ps: vulgar abusive emails have been reported!!
A post shared by Freddie Bentley (@freddiebentleyofficial) on Nov 2, 2019 at 6:15am PDT

The conversation about World War II arose after, on Thursday's episode of the UK version of the reality TV show “The Apprentice,” one team struggled to identify 1939 as the year the war began, when Germany invaded Poland.

Bentley questioned the utility of teaching about the 70 million people who died in the war. Recent polls show that there's growing ignorance around the world about the Holocaust, the systemic murder of 6 million Jews in Europe at the center of the Adolf Hitler's plans.

“I don't think encouraging death or telling how many people died in a world war is going to help,” Bentley said on “Good Morning Britain.”

Bentley doubled down on his position in an Instagram post Saturday, offering a zero-sum view of education. He said he wishes schools focused more on current events. He said those lessons should be taught at the expense of lessons about one of the most important events in the last century, where a charismatic fascist leader rose to power in a Democratic society and enacted brutal policies that led to death on a mass scale around the world.

“[World War II] needs to be taught in moderation to promote mental health and focus on teaching young people real life skills,” he said. “And to prepare for current issues that are relevant to us such as how to get a mortgage, what are the real impact of Brexit and climate change for future generation!”